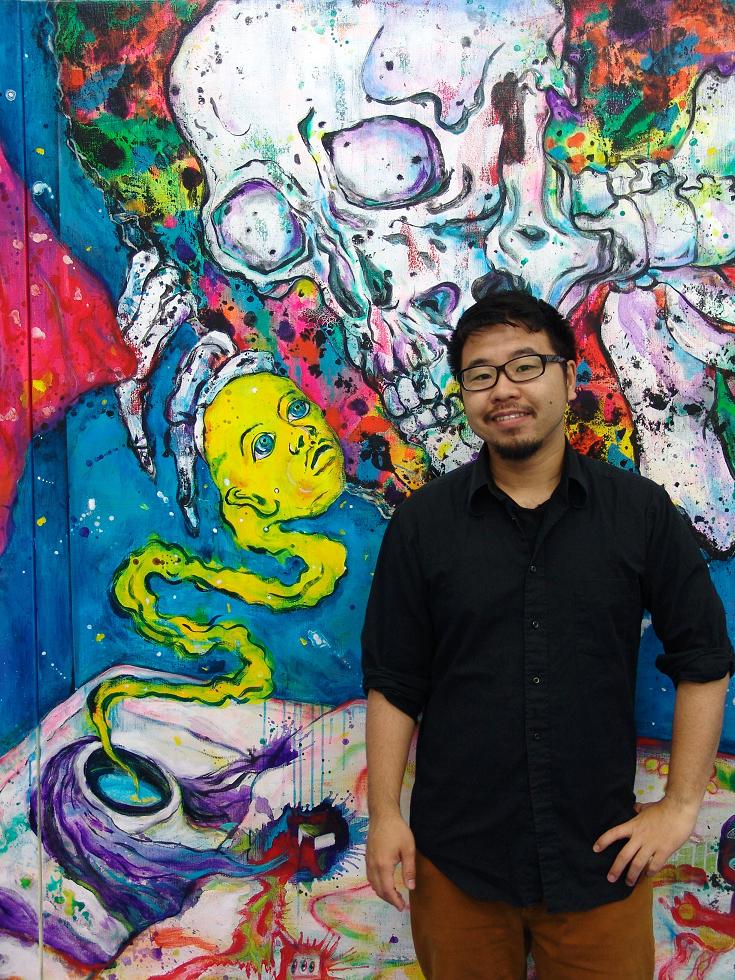 （1982,JP）graduated from Musashino Art University in 2005. In the years that he had Solo and Group exhibition at some of galleries in Tokyo. And he spent two years as an artist in residence at the Rijksakademie in Amsterdam in 2009 and 2010. After finishing the Rijksakademie, He moved to Rotterdam. He works with painting, drawing and collage.

His work is influenced by Computer Game, Biology, Science Fiction and Japanese Comics. It invites spectators to use their imagination and enjoy themselves, evoking their surreal imagination, made of fantasy world and outer space. Now he is making “ Reincarnation Series ” from his earthquake experience in Japan, “ Grandfather Series ” and Big size painting. He has plan to show his new works “ Zomer Expo 2013 ” at Gemeentemuseum Den Haag and Solo exhibition at Galerie De 7e Hemel in October 2013.