“The Answer is Colombia” 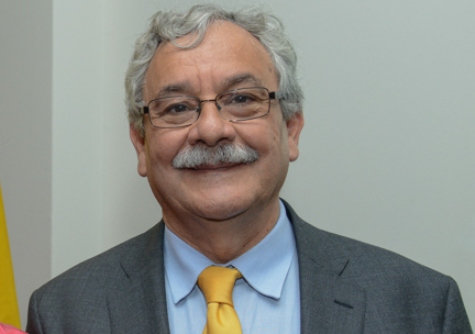 By Eduardo Pizarro, Ambassador of the Republic of Colombia.

“The Answer is Colombia”.

Colombia is enjoying an economic surge. In the past few years, the country has been experiencing solid economic growth and has become one of the main Latin America’s investment hotspots. Boosted by business-friendly policies and a long track record of regulatory stability, foreign direct investment inflows have soared and the country has gained investment grade credit ratings.

The start of the new Free Trade Agreement in August 2013 between the EU and Colombia will further strengthen the country’s economic surge. Colombia’s market shows great potential and the country has a stable economy especially considering the 4% GDP rise in 2012, well above the Latin American and Caribbean average. The country enjoys a strategic location as a port of entry to South America and a dynamic, domestic market. Colombia has the 13th largest population in the world and the second largest among Spanish speaking countries.

Tourism is also seeing a surge in the country with international tourist numbers arriving in the Colombia having grown by an annual average rate of 10.4 per cent in the last eight years (2005-2012), a rate three times higher than the rate registered worldwide in the same period.

Colombian regions, for their part, now offer a greater variety of tourism products that complement the traditional ones and that allow tourists to enjoy natural, cultural and health attractions, sun and beach among others all in the same destination.

Proexport Colombia has just launched a new international tourism campaign, ‘Colombia is Magical Realism’, which evokes the literary genre that made famous the Nobel-winning author Gabriel Garcia Marquez in whose stories the protagonists live in scenes that blend reality with magic.

The concept brings together the unique characteristics of Colombia’s tourism product and the perceptions about it that exist in the world. Proexport reached this conclusion after doing a study to determine the differential factor that motivates foreign tourists to choose Colombia as their destination for holidays or to host their events.

Words were used like ‘magical’, ‘unique’ and ‘surprising’ to describe the experiences of thousands of foreigners during their trips through the country, setting the tone to conceive what will be the brand from now on for promoting Colombia and its attractions to the world.