Latvia – Bigger than you Think 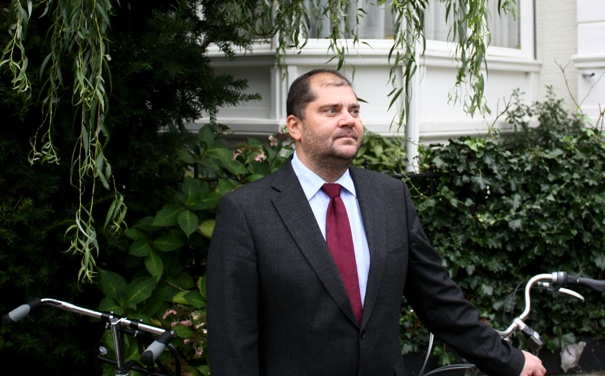 By Māris Klišāns, Ambassador of the Republic of Latvia to the Kingdom of the Netherlands.

A resolute nation with a strong cultural appeal

During recent history Latvia has twice attracted global media attention: in 1989-1991, when it joined hands with its Baltic sisters Estonia and Lithuania to claim their lost sovereignty, and in 2008-2010, when, though hit by the gravest financial crisis, it reformed its finances and economy and returned to stable growth, which has not remitted for the fourth successive year and remains at 4-5% a year.

Latvia and its capital Rīga will again be in the spotlight of international attention for two years to come, having won the title of European Capital of Culture in 2014, and preparing to host the EU Council meetings during the first half of 2015 as the presiding member-state of the EU in 2015.

It will undeniably be worth visiting Rīga next year, when it will thrive with a myriad of cultural events and festivals. Latvia has produced an incredible amount of internationally acclaimed musical performers, conductors and composers in comparison with the modest size of its population of two million. Let me mention just a few: Mariss Jansons, Gidons Krēmers, Andris Nelsons, Pēteris Vasks, Ēriks Ešenvalds, Elīna Garanča, Inese Galante.

Overcoming the crisis and implementing reforms.

Today Latvia stands on the crucial threshold of joining the Eurozone on January 1, 2014. How is it that Latvia has come such a long way in such a short period of time?

When a severe financial crisis struck the country in 2008-2009, with GDP declining by 20.5%, Latvia underwent strict measures of austerity, which actually allowed Latvia to use only part of the available IMF and EU loan (4.5 billion EUR out of 7.5 billion EUR available) after which the loan programme was successfully closed in December 2011.  The government resorted to radical adjustment measures. The Latvian people, surprisingly enough, understood the necessity of these changes, as is most notably exemplified by the fact that the current Prime Minister Valdis Dombrovskis has remained in office through and following these harsh times.

There were three main factors that helped Latvia overcome the crisis and return to economic growth: firstly, an internal devaluation approach; secondly, measures undertaken in order to stimulate the economy; and, lastly, the social safety network.

The fiscal consolidation amounted to 17.5% of GDP where two thirds came from expenditure cuts while the remaining third was tax increases. Though some economists are sceptical of the method of inner devaluation used in Latvia, the budget deficit has been brought down from 9.8% in 2009 to 1.4% in 2013, and will be almost balanced in 2016 (-0.2%). The public debt has been stabilized below 45% of GDP on accrual basis. The fiscal consolidation has been supported by notable structural reforms, which make the Latvian economy better prepared for potential shocks and misbalances in the future.

An expensive price has, however, been paid for this adjustment with 10% of the population ebbing out to other EU countries in order to weather the aftereffects of the crisis.

The return to economic growth has been achieved by restructuring Latvia’s economy with a view to export oriented competitive production. As a result we have achieved an annual 30% rise in exports and the annual average production growth continues at 10%. Economic growth would not be possible without Latvian companies that export innovative and competitive products. JZ Microphones designs and produces microphones and recording equipment which is used by sound engineers worldwide and well-known artists and bands such as Lady Gaga, Madonna, Janet Jackson and Aerosmith. When you visit the Louvre, the National Gallery in London or the Rijksmuseum it is likely that some of the paintings you admire are covered in anti-reflective glass produced by Latvian company GroGlass. Latvian company DARTZ has brought armoured vehicles to a new level of luxury; no wonder Kim Kardashian couldn’t resist buying one. Without companies of this kind our recovery would last longer.

The EU Economic and Financial Affairs Council’s July 9, 2013, decision to invite Latvia to adopt the euro as of January 1, 2014, goes in line with Latvia’s path towards greater integration in the EU. It demonstrates that Latvia has successfully implemented reforms towards stabilizing its economy and is an additional stimulus for the future growth of the country’s economy, wellbeing, stability and regaining trust of foreign investors.

The opening of official negotiations for accession to the OECD shows that Latvia’s economic development in recent years has been significantly noticed and acknowledged internationally for the country to become a member of the club of economically developed countries.

Finally, I would like to outline, that all these massive steps had been taken during last two decades which is a remarkable achievement and is celebrated each year on the 18th November, the National Day of the Republic of Latvia.