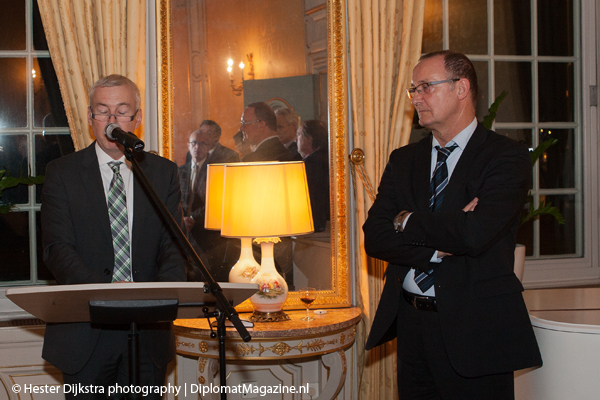 Fridaynight  His Excellency Mr. Franz Josef Kremp, Ambassador of Germany,  hosted a cocktail-party in his residence Huis Schuylenburch to introduce  Judge Bertram Schmitt, the candidate of Germany  to the International Criminal Court 2014 elections.

Many members of the Diplomatic Corps and international organizations attended. Mr. Bertram Schmitt has been an ad hoc Judge at the European Court of Human Rights and is also an honorary Professor of criminal law  at the University of Würzburg.

Since 2005 Mr. Schmitt is a Judge at the “Bundesgerichtshof,” Germany’s highest Court of Justice.

For more pictures about this event please click here: http://www.flickr.com/photos/98057281@N02/sets