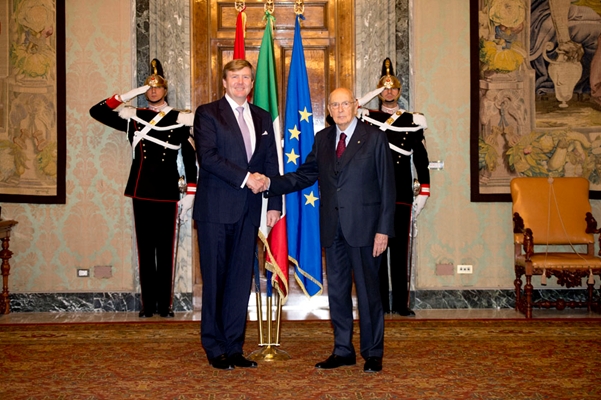 His Majesty King Willem-Alexander and Máxima bring Her Majesty Queen paid an introductory visit to Italy on Thursday, January 23, 2014. They are regularly accompanied by the Minister of Foreign Affairs, Frans Timmermans. The King and Queen in the Palazzo del Quirinale were received by President Giorgio Napolitano in Rome. After a lunch meeting with Prime Minister Enrico Letta in the Palazzo Chigi a meeting with the President of the Senate, Pietro Grasso, followed in the Palazzo Giustiniani.