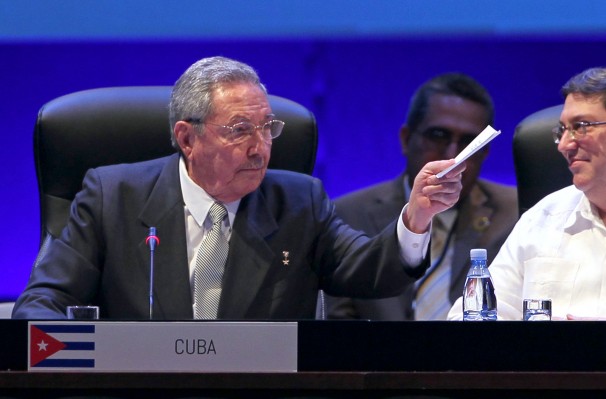 By Zelmys Maria Dominguez Cortina, Ambassador of Cuba to the Kingdom of The Netherlands.

Successfully completed the II Summit of Heads of State and Government of the CELAC (Latin American and Caribbean Community) held on 28-29 January in Havana, Cuba, which was preceded by the meeting of Ministers of Foreign Affairs from 26 to 27 January. CELAC is composed of 33 States which were overwhelming represented in that event at the highest level.

The Cuban Army General Raul Castro Ruz, President of the Council of State and Ministers of the Republic of Cuba in his closing remarks stressed the seriousness and responsibility with which Cuba had exercised its Presidency. He also thanked all those present for the valuable support received, on behalf of the Government and of all the Cuban people, and for your participation in “these days of broad and profound discussions of our countries’ biggest concerns.”

He added that “the documents adopted at this Second Summit have reaffirmed our commitment with the values that led to the foundation of CELAC and our strong belief that unity amid diversity as well as the Latin American and Caribbean integration are the only viable alternatives for the region. We have reached important agreements on transcendental issues, such as the promotion of a “Zone of Peace” in the region and the rules and regulations required to ensure that the intraregional and extra-regional cooperation brings about tangible benefits for this community.

He pointed out that among other things that “CELAC has reiterated, among other aspects, the unrestricted respect for the Purposes and Principles contained in the Charter of the United Nations and International Law. It has reaffirmed that, in order to eradicate poverty, it is indispensable to change the present world economic order, promote solidarity and cooperation and demand compliance with the development assistance commitments that have been entered into. Emphasis has been made on the importance of the State’s permanent sovereignty over their natural resources. We intend to establish the best ways to exercise that right”. He added that “We likewise expressed our firm determination to work in order to cope with the challenges posed by the international situation and make every effort to promote equity and social inclusion, eradicate discrimination, inequalities, marginalization, human rights violations and the infringements of the Rule of Law”

With respect to Cuba, it reaffirmed that it will continue working hard in the CELAC, to continue the process of consolidation of this organization. Cuba handed over the Presidency pro-tempore of CELAC to the President of Costa Rica, HE Mrs. Laura Chinchilla, who thanked Cuba and pledged to continue working for the sake of the objectives of the Organization during her presidency.

In general we can say that this historic and successful event has once again demonstrated the will of peace, respect and integration of the peoples of Latin America and the Caribbean. The Summit had very emotional moments as the tribute to the late Venezuelan President Hugo Chavez Frias, one of the creators of this organization and the meetings held by the Commander Fidel Castro Ruz with many of the attending heads of State and Government.