Qatar and The Netherlands 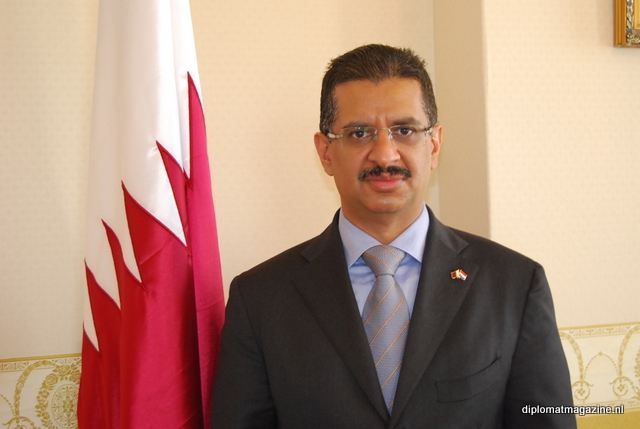 By  Khalid Fahad Al–Khater, Ambassador of the State of Qatar in The Netherlands.

Qatar and The Netherlands share common features: Both relatively small in geography but high in aspirations, they are open to the sea, and their international trade is the basis of their wealth and economic prosperity. It is then no surprise that the relations between The Netherlands and Qatar grew and developed beyond oil and gas industry. In few years, the bilateral ties between the two countries has expanded to a collaboration in several sectors such as education, sport, infrastructure, healthcare and seaport industry. Strong traditional diplomacy is also evident in the form of political consultations regarding a number of regional and international important issues.

In August 2005 the Netherlands opened its  Embassy in Doha on the occasion of an official visit of the former prime minister Mr. Balkennende, in the perspective of the increasing business interests of The Netherlands in the booming  Qatar economy. A year later Qatar opened its Embassy in The Hague in September 2006, and in June of the 2007 the former  Deputy Prime Minister of the State of Qatar visited The Netherlands and took part in key diplomatic  and economic meetings . Since the opening of both embassies , the bilateral relations in different areas has witnessed  various trade missions and official visits.

In particular, the visit of  H.M. The Queen of the Netherlands  to Qatar in March  2011 , which was a successful state visit at all levels, and a good beginning for a privileged relationship between the two monarchy of both countries. In recent years, Qatar has achieved key economic development goals, and continues to be a hub of development, constructions and innovation in all sectors.

Qatar seeks diversification to reduce dependence on energy export as the main source of wealth.  Thanks to the Qatar Vision 2030, which is pursued under the auspices of H.H. Sheikh Tamim bin Hamad Al-Thani, the Emir of  the State of Qatar, progress continues more vigorously   than ever. Since Qatar won the right to host the 2022 FIFA World Cup, the Country became even more attractive to the Dutch expertise in infrastructure and sport management.

The Port of Rotterdam has close cooperation with Ras Laffan port in Qatar with the perspective of  both ports to develop their joint  business in LNG industry and for Ras Laffan to which is already one of the main LNG terminals in the world. Furthermore, the Dutch company Shell is currently involved in a huge project in Qatar that will create the world’s biggest Gas to Liquid industrial platform. While Oil and Gas will continue to be a key component of the relationship, the relations between Qatar and The Netherlands are steadily developing to encompass broader interests as the basis for a long and fruitful friendship.