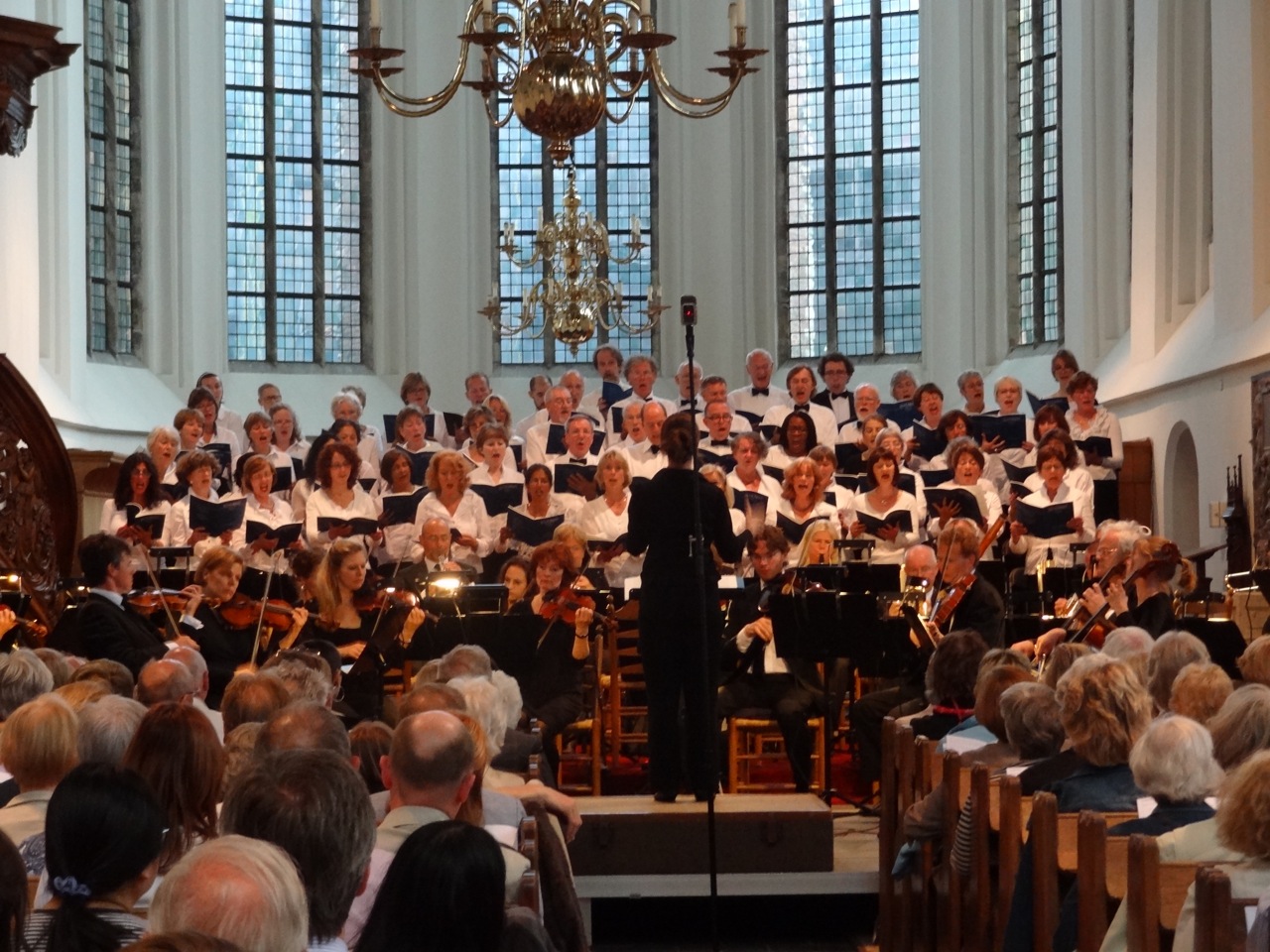 On Friday 27 June the Cecilia International Choir of The Hague, together with soloists and a baroque orchestra, will perform Purcell’s King Arthur in the Nieuwe Badkapel church on the Nieuwe Parklaan in Scheveningen. The concert starts at 20:00.

Henry Purcell’s King Arthur is a semi-opera in five acts which was first performed at the Queen’s theatre, London in June 1691. The libretto was written by the Poet Laureate of the day John Dryden. The plot is based on battles between King Arthur’s Britons and invading Saxons in early mediaeval England, and not the well-known Camelot legends. Following the victory of the Britons, the story tells of Arthur’s search for and recovery of his blind fiancée Emmeline who has been kidnapped by his enemy the Saxon King Oswald.

The work is a form of entertainment popular in England in the late 17th century; the so-called Restoration period when the Stuart family was restored to the throne following the death of Oliver Cromwell. It features a whole range of characters: pagans making sacrifices to Germanic gods, patriotic fighting men, supernatural figures such as Cupid and Venus, bucolic nymphs and shepherds and even a chorus of drunken farm workers berating their local priest. Purcell’s music brings all of this to life with lyrical melodies for the soloists (Fairest Isle), stirring tunes for the choir (Come if you Dare) and light-hearted dance rhythms throughout the piece.

The soloists singing with the choir reflect the international nature of the performance; the Korean-American soprano Kristen Witmer and the Canadian soprano Stefanie True, the Israeli-French tenor Lior Lavid Leibovici and the American tenor Scott Mello, and the Finnish bass Jussi Lehtipuu. Overall direction of these soloists, the choir and a 19 piece baroque orchestra is in the hands of Marine Fribourg, a versatile young French musician who is the choir’s full time conductor

The Cecilia International Choir is a mixed voice group of approximately 70 singers which attracts people of many nationalities who enjoy singing in an English speaking environment. In addition to performances of classical works, such as these, the choir gives an annual series of Christmas Carol concerts in December.

Tickets can be purchased by visiting the choir’s website http://www.cecilia-choir.com or via any member of the choir.