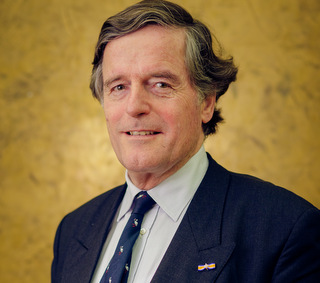 By Jhr. Mr. Alexander W. Beelaerts van Blokland, Justice in the Court of Appeal and Special Advisor International Affairs of the Municipality of The Hague

As every year, the month of September will be in The Hague the sparkling beginning of a new season of politics, diplomacy, international activities and culture. And upcoming September it will be even better than previous years. We hope that the 30.000 to 40.000 expats in The Hague region will enjoy it together with the Dutch !

On Saturday September 6th the embassies of a lot of countries present themselves at the ‘Embassy Festival’ on the Lange Voorhout, built in the 17th century,  in the centre of The Hague. Again more countries than last year will do so. The next day, Sunday September 7th,  there will be the start of the cultural season (‘UIT-markt’) with actvities by very many organizations on the Lange Voorhout and in several theatres like the Koninklijke Schouwburg (the Royal Theatre) and Diligentia Theatre.

Very special will be the next long weekend, in which we celebrate the fact that exactly 200 years ago the first ‘Prinsjesdag’ took place in the (later) Kingdom. Every year on the third Tuesday of September the government presents its plans for the upcoming year on the day on which the King starts the new political year after going by the Golden Coach to the Houses of Parliament. This time the celebrations  already start at Saturday September 13th, also on and around the Lange Voorhout. The Kings Office at Korte Vijverberg and other monuments will be open to the public that day. On Sunday September 14th the Cavalry of a lot of countries will give a beautiful show on the Lange Voorhout among other activities there. Two days later, Tuesday September 16th,  the joyful 200th Prinsjesdag itself will take place.

And from Thursday September 19th till Saturday September 21st we celebrate in and around the Peace Palace and at other places the UN International Day of Peace and Justice, this time with a new project called ‘Just Peace’. See for all activities www.justpeacethehague.com