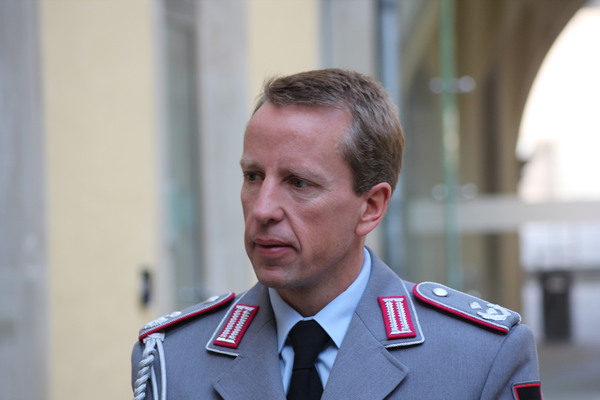 Translated from the German version by: Baron Henri Estramant

At the age 89, King Abdullah ibn Abdulaziz Al Saud is older than deposed Arab leaders such as Saleh, Gaddafi, Mubarak or Ben Ali. So far the “Arab Spring” has only claimed non-royal leaders; in stark contrast to the political stability enjoyed by the oil-rich monarchies such as Saudi Arabia. This kingdom is ruled since its foundation in 1932 by King Abdulaziz ibn Abdulrahman (Ibn Saud) of the House of Saud (Al Saud) with a rather complicated order of succession.

The country is literally ruled by the clan of Saud. Since the death in 1953 of the state-founder King Abdulaziz ibn Abdulrahman his sons have ascended the Saudi throne according to private arrangements made by them alone. With 22 wives (at different periods of his life), Ibn Saud begot about 40 sons and hence potential heirs for the kingdom does not follow the principle of primogeniture. About 15 of his children are still alive. Because Islam permits up to four wives at any given time to a man, the children’s ages differentiate widely. Adding grand-children and great-grand-children makes about 2,000 technically eligible successors within the wider Al Saud which accounts for about 15,000 members.

One year before his demise in 1952 Ibn Saud dictated a complicated line of succession excluding Al Saud members from aside his line, and leaving the throne to the “sons of his body”. Therefore he has since been succeeded by his sons Saud (1953-63), Faisal (1964-75), Khalid (1975-82), Fahd (1982-2005) and current Custodian of the Two Holy Mosques, Abdullah (2005-). The incumbent monarch has de facto ruled Saudi Arabia since 1995 after his brother King Fahd suffered a stroke.

In a matter of a couple of years two “crown princes” have passed away. In October 2011, the former Minister of Defence and Crown Prince Sultan. The nominated heir and Minister of Interior since 1975 Crown Prince Nayef passed away already in June 2012 from leukemia. The incumbent heir is since Crown Prince Salman (born 1935).

King Abdullah had already appointed Prince Salman as Minister of Defence, a position normally given to the heir apparent. Crown Prince Salman is deemed to be loyal to Washington; something in fact quite common since the historic get-together of US President Roosevelt and Ibn Saud aboard of the USS Quincy in 1945. The late Crown Prince Nayef as well as the incumbent Salman belong to the “Sudairi 7”, that is, the sons of Ibn Saud with his favourite spouse Hassa Al Sudairi. This internal dynastic branch has held a lot of power which King Abdullah having a Syrian-born mother cannot enjoy.

Albeit the monarch appoints the Crown Prince, King Abdullah created in 2006 a 33-members strong “Allegiance Council” to ensure the stability and transparency of a future heir after the children of Ibn Saud have been exhausted, or have declined the throne. The idea behind it is for The Ruler to present candidates in such a forum. Surely a good idea, however, this procedure is yet to be put into practice. The population has no say in the matter. Yet the time for a grandson to ascend the throne is nearing as the youngest still living son of Ibn Saud is over 70 years old, most of them are also somewhat ill.

Notably a palace coup went unnoticed in most of the Western media when in February 2014, King Abdullah appointed his half-brother Prince Muqrin ibn Abdulaziz Al Saud to be the second Deputy Prime Minister and “Deputy Crown Prince”. A rank created exclusively for him. The appointment officially makes the 70 years old Prince Muqrin second in line to the throne. He is a close adviser to the King, and does not belong to the “Sudairi 7”.

However many analysts expect true certainty is to arrive in Saudi Arabia through a generation change, a rejuvenation on and around the throne. Pinning thus hope on the grand-children of Ibn Saud. Some are already well-position. For instance, the new Minister of Interior, Prince Mohammed bin Nayef (born 1959), who took over the latter ministry from his late father Crown Prince Nayef in 2012. Prominently stationed is likewise the commander of the National Guard, and son of the incumbent monarch, Prince Mutaib bin Abdullah. The appointment of Prince Muqrin as second Deputy Prime Minister thus seems more a tactic of King Abdullah to gain more time for his generation.

Only with a new generation at the helm new impulses could be felt in the oil kingdom. King Abdullah has been determined to push forward progressive yet shy reforms such as the first local elections held in 2005 along with the start of his reign. For women it is still not socially acceptable to drive, nevertheless, the monarch has encouraged female education and universities. His justice reform included the creation of courts of appeal, a novelty in the kingdom. The latter furthermore allows for more legal security, and the ability of foreign firms to fight judgments from Riyadh. Moreover the move buttressed up Saudi Arabia’s bid to join the World Trade Organisation (WTO). Until then the legal system was solely based upon the interpretation of the Qu’ran and the Hadith, Shariah law, which nevertheless remains the main source of jurisprudence. The country does not possess a criminal code nor a constitution, which gives a monopoly on the jurisprudence to the Wahhabi religious scholars.

King Abdullah has also permitted male and female researchers to work side by side at universities.

Regardless on who inherits the throne from the generation of Ibn Saud’s grandchildren, it is likely that the alliance with the USA shall remain imperative. Nonetheless it should be exciting to observe to which extent the Al Saud retains its alliance with the Wahhabi religious élite. Also to which extent the young population of Saudi Arabia will be allowed to partake in the governing of their country. Reality is that for the moment neither the “Arabellion” nor the Shi’ia minority in the Northern part of the kingdom menace the country’s immediate stability.