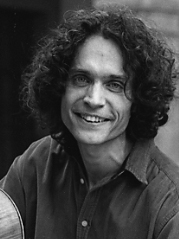 By Dmitry Badiarov, independent contributor to the Diplomat magazine

One of Rastrelli Cello Quartet reporters once wrote, “to say that their performance was breathtaking is an understatement…” This was my impression after their performance in The Hague on November 24 last year and after their recent performance at Concertgebouw in Amsterdam on the 29th of July. “They are men on a mission. The Rastrelli Cello Quartet, four Russians living in Germany, is out to cross all genres” wrote the Strings magazine and each concert shows they are steady on their route. Picture yourself a mufficking crowd in a concert. This is not necessarily a rock concert! It is the Rastrelli’s at Concertgebouw.

The cellists entered and started playing at once, without tuning – even before the welcoming applause ended – with David Popper’s fiery Tarantella, in which the quartet displayed their extraordinarily rich range of dynamics, including their hallmark barely audible but incredibly present pianissimo drawing everyone’s full attention and sensitivity towards the following pieces, each of which expressing completely different emotions. The Popper was followed by the elegiac Le cygne by Camile Saint-Saens, the quirky variations on Paganini’s 24th capriccio by the Quartet’s arranger-cellist Sergey Drabkin, the outpouring of Russian soul in Tchaikovsky’s Andante from the 1st string quartet in D, the virtual journey to Georgia in Sulkhan Zinzadze’s Folk Suite, and Dave Brubeck’s Blue Rondo a la Turk. First cellist Kira Kravtzoff explained that even if this last piece was written 5000 km away from Georgia, it mirrored the spirit of Zinzadze’s music. The second part of the concert was dedicated to jazz, to the works of Euday Bowman, Hoagy Carmichael, Antonio Carlos Jobim, Astor Piazzola, Leroy Anderson, Jimmy Forrest and Paul Desmond, all masterfully arranged by Sergey Drabkin whom the audience gave a well-deserved special applause. The pieces we heard that evening in the Concertgebouw sounded completely different from those we had heard in the previous concert in The Hague because Drabkin frequently re-writes the Quartet’s repertoire. However, there is another composer present in the Quartet – such luxury! – Misha Degtjarev, whose Lullaby was also delighted the audience in the second half of the program.

A singularly unique ensemble, the Rastrelli Cello Quartet has been thrilling audiences with their renderings of non-traditional programming since 2002. Kira Kravtsov, founder and artistic director, Kirill Timofejev, Misha Degtjarev and Sergey Drabkin formed the ensemble with a mission to play music “between the genres”. The Rastrelli have performed in many of Europe’s main concert halls, including the Gasteig in Munich, the Vienna Konzerthaus, the Concertgebouw in Amsterdam, the St. Petersburg’s Philharmonic Hall, the Bulgaria Hall in Sofia, the Liederhalle in Stuttgart, Leiszhall in Hamburg and the Mariinsky Theater in St.-Petersburg.  In addition to concert tours in Europe, the USA and Russia, the Rastrelli performs at Summer festivals such as the Beethoven Festival Bonn, the Schleswig-Holstein Music Festival, the Darmstadter Festspiele, the Branderburgische Sommerkonzerte, the Oberstdorfer Musiksommer, the Hohenlohe Kultursommer, the Rheingau Musikfestival, the Ohridsko Leto (Macedonia) and the Meadowlark Music Festival USA, and have cooperated with Giora Feidman, David Geringas and Gilles Apap. http://www.rastrelli.de