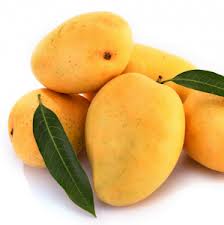 The 11th  Exhibition of Pakistani Mangoes was organised by the Trade Office of the Embassy of Pakistan in The Hague with the support of Trade Development Authority of Pakistan  during summer at Hotel Hilton The Hague, The Netherlands.

Various varieties of Pakistani Mangoes like Sindhri, Chaunsa , Beghan Phali, Sunhera were exhibited during the Exhibition. The arrangements were also made for Mango tasting through Mango cubes, Mango shake, Mango Ice cream , Mango Lasi … There were six stalls in the exhibition . The Multinational Fruit Company Special Fruits also established the stall.

The Ambassadors of Various countries from Japan, Senegal. Turkey, India, Spain, UAE  and  the Commercial Attaches of various countries, Representative from Dutch Ministry of Economic Affairs and Dutch Development organisations like CBI, PUM and Big multinational companies in Fruit sector Like Special Fruits , AZ importers and other Trade visitors, importers  also participated in the Exhibition and held B2B meetings.

For the media coverage the representative from APP and Diplomatic Magazine were invited to cover the event. The exhibition overall proved very successful in promoting the Pakistani Mangoes. It is pertinent to mention that the Netherlands is the second largest importer and exporter of  Mangoes and is the Trade Gate way to Europe and mango promotional activities have proved very productive in increasing the volume of Pakistani Mango exports in the Netherlands in particular and Europe in general.

IFTF2022, the Netherlands flora-hub, a gate for Rwandan flowers