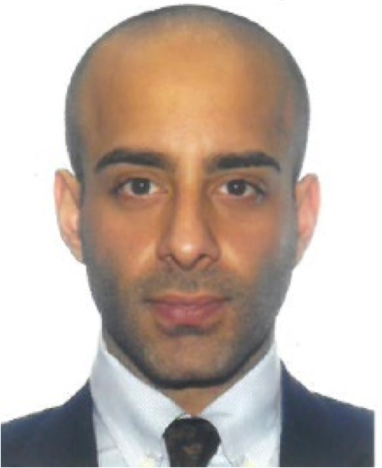 Over centuries the European Continent was branded with long standing wars inchoate with the Hundred Years’ War. As a result numerous international treaties were signed in order to establish a state of continuous peaceful coexistence. However, peaceful coexistence could not be reached through such diplomatic arrangements alone, as World War I and II demonstrated.

Toward ending the bloodshed in Europe once and for all European head of States decided to link their countries economically and politically.

This ambitious undertaking led to the joint signature of the European Coal and Steel Community in 1951.1 Having realized that a sole connectivity on this level is insufficient to achieve the goal of everlasting peaceful coexistence, further reinforcement measures were conducted finally resulting into the establishment of the first supranational organization, namely the European Union.

The different supranational institutions of the European Union set forth policies and guidelines on a political economic level but also enacts legal provisions through a transnational decision-making process for its member states.2 Owing to its legislative competence and economic interdependence, intensified through a uniform currency “Euro,” this unique political entity creates an intergovernmental connectivity previously unknown.

This transnational linkage makes armed conflicts between member states impossible. Thereby, it converts a continent bedeviled from wars to a community of states jointly seeking sound solutions for present and future accruing political and economic challenges.

This solid interdependence also creates perils, as the euro crisis has shown.3 As the financial crisis has evolved into the euro crisis many countries part of the European Union had to deal with fatal economic consequences, especially Spain and Greece. Those two states nearly had to face national bankruptcy.4 Due to the institutional provisions of the European Union the other member states were more or less obligated to provide assistance in order to avoid the collapse of the entire currency union. Consequently all other member states had to render financial support in form enormous amounts of money, even surpassing the multi-billion dollar amount. The close intergovernmental relationship did not allow another solution for this unforeseeable crisis. At this juncture the question arises if such a multilayer linkage – as a supranational organization evokes – in the long run will lead to a financial collapse of its member states. In furtherance of an examination of the advisability of such an organization one should conduct analysis on the basis of a comparison.

Due to its structural resemblance one can contemplate the Union of Soviet Socialist Republics and its history. Even though the USSR could manage to outlast almost seventy years, its economic policy led to its disaggregation.5 Whereas the European Union does not follow such strict anticompetitive guidelines the obligation to cohesiveness might be the cause for its economic disintegration. As apprehensive as this might seem, the nonexistence of the European Union most certainly would have implicated the national insolvency of Spain and Greece or at least economic devastation even bearing in mind financial assistance by the international community and the world bank. The latter assumption is based on the higher interest rates, which would have been demanded.

Putting aside the mere fact that this crisis was an exceptional event and certainly cannot be categorized as a concomitant phenomenon of supranational organization, the joint financial strength of the member states prevents the financial breakdown of the European Union. Having depicted the financial stability of this bloc of countries, for some states it is certainly a financial burden, which would not have occurred without their membership at the European Union. Proceeding on the assumption that such exceptional event might occur again, one has to weigh the advantages of such a membership with the disadvantages of a reoccurrence of such crisis.

As already stated, the idea underlying the inception of supranational systems is to build a conceptual prevention system for future-armed conflicts. One of the most important precautionary measures is the safeguarding that the neighboring countries are governed by stable and non-totalitarian political system. As a numerous academic research papers substantiate this is decisive due to the fact that states with a totalistic political system are more inclined to be involved in or to initiate an armed conflict.6 Consequently countries have keen interest pertaining to domestic political and economic situation of bordering countries and prevent an adverse development from democracy to autocracy.

A prime reason for autocracy to emerge is a precarious economic situation. This theoretical approach can be well deflected on the grounds of historic incidents. One of the main reasons for the emergence of the Third Reich was the economic depression that the Germany had to deal with since the First World War.

This substantiation exemplifies that a poor economic situation of a state are a potential breeding ground for the appearance of totalitarian systems.7 One might therefore argue that the absence of the European Union would have resulted into the reoccurring of autocratic states on the European continent respectively lead grounds for the potential development of the latter. Hence again open the possibility for a political powder barrel exploding in a region characterized by political instability.

Following this line of argumentation one has to ascertain that such an association of states can only be created amongst states with democratic form of governments, which are pursuing a realistic and at the same time liberal foreign policy guaranteeing open channels for interstate dispute resolution and international solidarity and additionally having a stabile economic situation. Consequently not allowing totalitarian state to be part of such an equitable association of states. Thus, by nature not allowing totalitarian regime to be part of such a Union, which is well deflected by the criteria for admissibility to the EU and thereby not including such states in the conflict prevention mechanism of supranational organizations.

At this juncture one has to point out that such cooperation between states also serve the purpose to secure oneself with regard to foreign policy. The probability that some states would consider to engage in an armed conflict with a country that is part of such a coalition is very low. Furthermore, one should not underestimates this generated protective function as motivator in the sense that states motivated to adjust themselves to the standards of such organization in order to be admitted. Contemplating the military history of North America it must be acknowledged that over century there has not been an armed conflict on this continent without implementing the concept of a supranational organization in this region.

It is important to note that the countries on this continent are states, which had and have the necessary characteristics – democratic form of government and stabile economic environment– to enable peaceful coexistence. This regional stability, however, is an exceptional case and cannot be found somewhere else.

Due to the preceding elaborations it can be stated that 1) intergovernmental political and economic integration is only possible between states which already inherent democracy and policies for no armed conflict resolution, 2) the impact of an financial crisis as the latter itself cannot be foreseen, and 3) economic stabile countries are less likely to be in danger of turning into a totalitarian regime and economic instable countries.

Accounting for these three statements and the fact that Greece and Spain would have not overcome the euro crisis without the enormous financial assistance of the other member states, which primarily was provided due to the connectivity provided by the European Union, it can be deduced that to ensure lasting peaceful coexistence supranational organization are needed albeit it implicates disadvantages.

Even though the illustration of the necessity of supranational organization on the grounds of the euro crisis – being a quite exceptional event – as an assertion might seem far-fetched at the first view, but it is such exceptional events which make the European Union a necessity. However, the latter is exactly the right example for arguing for the establishment of supranational organization because its exigency comes from those exceptional events, which cannot be foreseen and thereby justifies related liabilities.