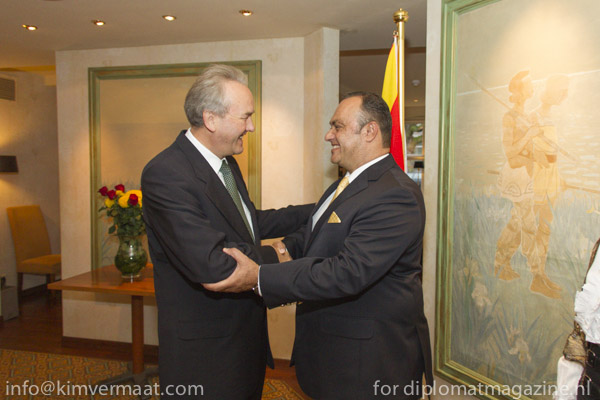 On Tuesday, 14 October, the Macedonian Embassy in The Hague hosted the monthly Diplomats Meet and Greet promoted by Diplomat Magazine at Carlton Ambassador Hotel. H.E. Igor Popov acted as the gracious host for the evening.

The event was attended by over a hundred well-known dignitaries and guests from different fields. Amongst the guests were the Mayor of Wassenaar Mr. Jan Hoekema, the presidents from the ICC and the ICJ, ambassadors, diplomats from several countries, members of the press, businessmen and representatives from the Macedonian Community in the Netherlands.

Invitees were welcomed with traditional Macedonian wines and culinary delights from this beautiful country.