Norway and the Arctic 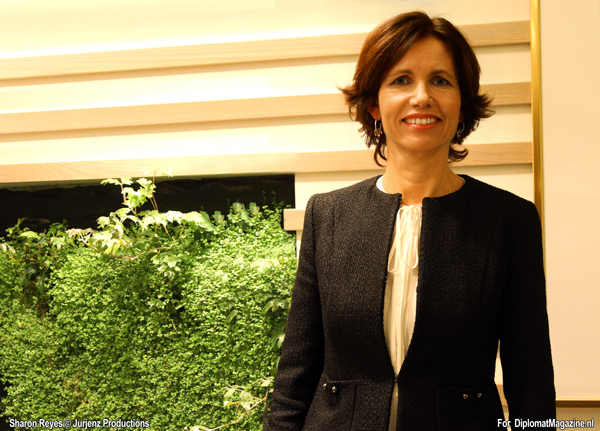 By  H.E. Ms. Anniken Ramberg Krutnes , Ambassador of Norway to the Kingdom of the Netherlands.

With its unique nature, pristine wilderness and numerous resources, the Arctic region has mesmerized and captivated humankind for centuries. The Arctic is attracting increasing global interest, as it is a region with a number of resources and a region where climate change first appears.

Norway is one of the Arctic countries. Developments in the Arctic are creating major opportunities, but it also entails major responsibilities for Norway. The Norwegian government therefore developed a High North policy framework almost a decade ago. Norway is a long and narrow country; from Oslo, it is the same distance to Rome, as to the city of Kirkenes, in the far north. The maritime area of Norway in the Arctic corresponds to the land area of Germany, France and Spain altogether. Yet the population of Norway is only 5,1 million, whereof a tenth lives in the country’s Arctic region.

The Arctic is a region with abundant resources: renewable such as fish, and unrenewable such as minerals, oil and gas. Norway has developed a successful petroleum industry that coexists with sustainable fisheries in the Arctic, which are subject to the highest safety and environmental standards in the world. The long coastline is also apt for fish farming, and in total, some 33 million meals of Norwegian seafood is being consumed worldwide every day. Norway’s Arctic region is also a great place to see the northern lights. The amazing aurora borealis that plays on the sky attracts tourists from all over the world.

Did you know that Longyearbyen, the capital of Svalbard, is the only place in the world where you are obliged to carry a weapon if you leave the main road? Svalbard is, in fact, the home of more than 3000 polar bears. The region is quite unique, being without daylight from the end of October until the beginning of February, and the sun never sets during the summer months. I will never forget the wonderful experience I once had on Svalbard, returning to Longyearbyen at midnight from a snowmobile-excursion wearing sunglasses.

Climate change has significant impact on the natural environment in the Arctic, and the Arctic is in many ways also a barometer of global climate change. Melting of the Arctic ice cap has global implications, as it increases global warming, accelerates sea level rise and could change weather-patterns. New sea-lanes and changing transport routes to the north are also a consequence of climate change. Norway, together with the other Arctic countries, has a particular responsibility for addressing the challenges of the areas in a safe and environmentally sound way. Addressing the issue of climate change requires knowledge. Norway has thus invested heavily in research in the Arctic region.

The Arctic is a region characterized by well-functioning international cooperation, respect for international law and good neighbourly relations. The UN Convention of the Law of the Sea is a key instrument in this regard. For political cooperation, the Arctic Council is an important arena. Our common goal must be to seize the opportunities and ensure sustainable management of resources in the Arctic. The region will then continue to captivate humankind in centuries to come.