Amir-John Haddad , from east to west 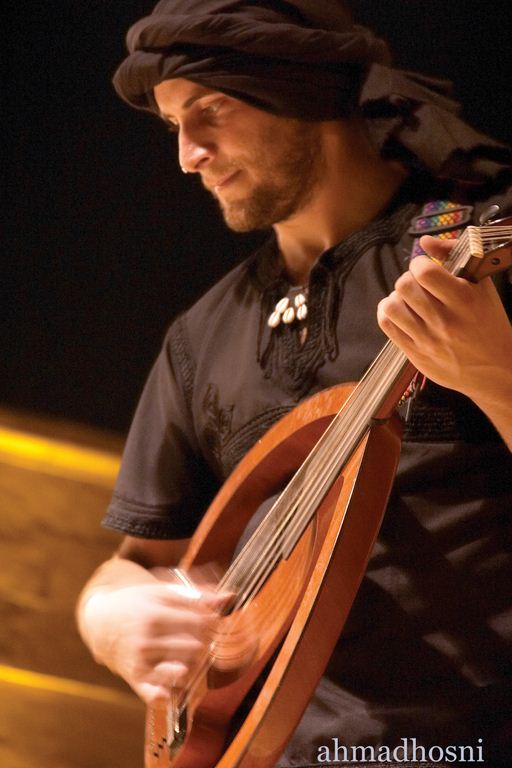 Amir-John Haddad is a multi-instrumentalist who offers a unique concert under an innovative concept. It is a musical experience where Amir leads the audience through a variety of different musical styles exposing his large musical influences.

This concert will offer you the opportunity to enjoy Amir playing skilfully all his instruments: Arabic electric oud, Turkish saz, Greek bouzuki, flamenco guitar and triple neck electric guitar come together on stage to blend traditional art with modern sounds. While listening to his music you will perceive many motions, sounds, atmospheres that are shaped wisely and carefully into musical landscapes.

We owe the artist’s concept to his cultural heritage. His Colombian mother and Palestinian father gave him his initial cultural knowledge and the fact that he was born and raised in Germany opened up his mind to the western culture. After living in Jerez de la Frontera (Andalusia) and Madrid for more than 14 years now his Spanish musical influence becomes obvious and natural to his playing.

Amir was taught by his father Rimon Haddad the art of playing oud when he was just seven years old. At the same time he studied the flamenco guitar with renowned guitar maestros like Pepe Justicia in Jerez and Enrique de Melchor in Cordoba. Amir played in musical projects in which he could experiment a lot of musical expression. In Spain he joined the very famous world-music band Radio Tarifa in 1998 with whom he toured worldwide for ten years. Amir has published his solo flamenco album Pasando por Tabernas. This year he will publish two more CD’s, one with his world-music quartet Zoobazar and another one with his heavyfunk- rock band Members of Parliament.