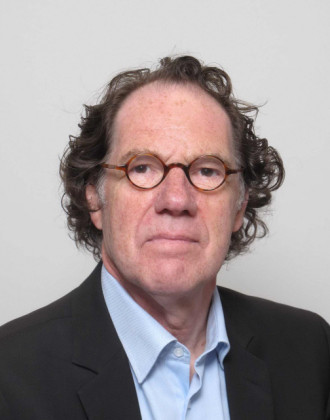 It is only four years since the spring, that started in Tunisia, invested Egypt and later Libya and Yemen, surprised the entire world. Not only did it surprise the world, it certainly brought joy and hope to many. Those who felt that the Arab spring indicated a change for the better, more freedom, more room for people’s opinions, were cheering and applauding the events. The Arab spring was welcomed as a sign of hope and progress. But then the events in Syria followed. It was a turning point. More than in other Arab spring countries, and even more than in the case of Libya, the great powers got a stake in the events. The Arab spring turned into world politics. Since Iraq went through dramatic changes after the US invasion, Syria held a strategic position in the architecture of the Middle East. Right in the middle between Iran, its friends in Bagdad, and Lebanon, Syria holds a key position. So the big players pushed for their interests. When interests are confronted in world politics, proxy is on the increase. And there are many in the Middle  East. Some of them are called foreign fighters. The number of victims increased. Refugees, displaced people, deaths. The human suffering is enormous.

That is why and how the narrative changed from bright spring to  cold winter. And while the world focused on Syria, the human suffering and the world politics of the situation, slowly but surely the post revolution security and governance gap in some Arab spring countries, was effectively exploited by counter revolutionary forces. Of a variety of sources. Some came from countries that are worried that the Arab spring may also travel their way. Some are inspired by long lasting frustrations, unfinished business. Some are rebirths of a suppressed ideology. In short, when one looks at it from a distance it looks like it is a mess. While the original Arab spring seemed simple, a new generation wants freedom and protests against suppressive forms of governance, the winter looks complex and scary. So, as a result, many people beyond the region itself, turned their backs and became indifferent at best.

But there are some new ingredients of late that have changed the equation and the season again. The threat of returning foreign fighters, added to the frightening images of beheadings by ISIS, has given rise to a general negative attitude towards the changes in the Middle East since spring in 2011.

So from indifferent the general public and politicians became negative. The Arab spring is a failure. We were better off before than after. We seem to have collectively done away with the hope for a positive outcome of the Arab seasons. The question is relevant whether history will proof that negative judgement right or wrong.  Now I realise that the conviction that we should have no hope for the Arab revolutions to result in a positive outcome, even in the long run, is strong and based on the reports of realities on the ground in concrete examples.

But maybe we should not judge easily. May be we are ignoring part of the reality. May be the reports are not fully covering all the realities. Because there are also other signals for those who care to listen. There is also a different story to be told. The story of a youth in the Arab world that will not accept that “their revolution” is high jacked or countered. A generation that is still and increasingly active on Facebook and other social media and that will not be silenced. A story of people that have overcome the fear of repression because they did away with authoritarian regimes. I spoke to people from Yemen that are ready to defend their revolution. At any cost. I checked the webpages of the youth in Tunisia. The websites of those who feel they belong to  a new and free generation that check and comment on the actions of their government. A new generation that holds the future. I know that it is unpredictable what season will come next. But let’s not conclude before the end of the developments. Something surprising may happen. Just like in 2011. There are still small signals of hope.