National Day Reception by the Embassy of the Republic of Korea 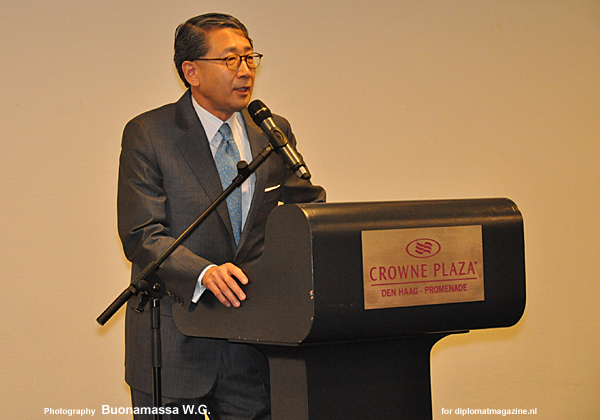 The mythological background of Korea’s national day takes us back over 4000 years to the 3rd of October 2457 B.C. On this day Hwanung descended to earth to become the Supreme Divine Regent in the valleys and mountains of the Korean Peninsula. In a cave close to the regent’s seat lived a tiger and a bear. One day, Hwanung offered both of them to become human, if for 100 days they stayed in the cave and ate only twenty bulbs of garlic, which Hwanung gave them. Being too impatient and hungry the tiger left the cave before the 100 days were over and only the bear remained. After 100 days Hwanung transformed the bear into a beautiful woman. As she grew lonely, Hwanung gave her a son, called Dangun. In the year 2333 B.C. Dangun founded Gojoseon, the first kingdom of Korea, in a simple ceremony on Mani Mountain.  This kingdom is being regarded as the first Korean state and the 3rd of October is now the National Day of the Republic of Korea, celebrating the foundation of Gojoseon. 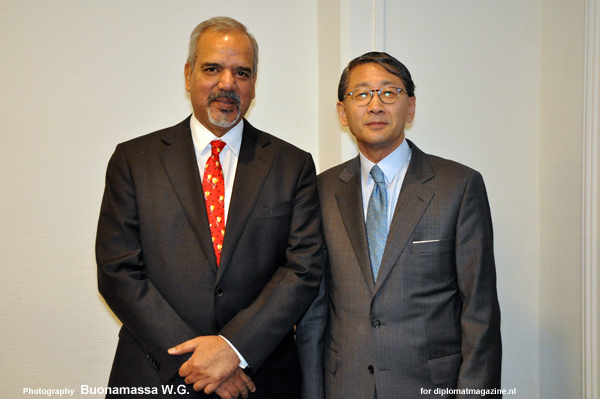 In the picture Ambassadors of India and Ambassador of  Korea. 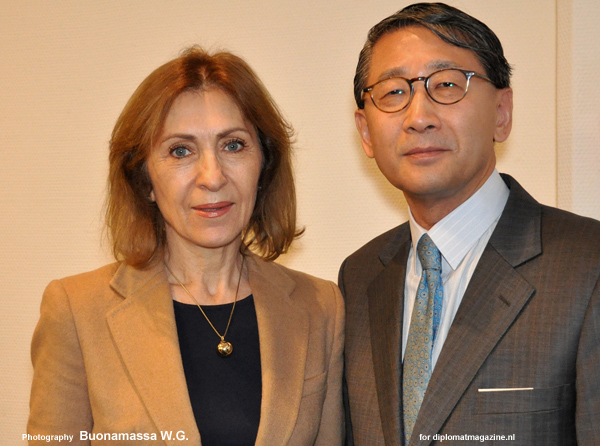 In the picture Ambassador of Kosovo and Korean’s Ambassador.

Although the mythological foundation of  Korea has been a rather simple ceremony, the reception by H.E. Jong-Hyun Choe, Ambassador of the Republic of Korea to the Kingdom of The Netherlands, didn’t lack splendour. On the 3rd of December 2014 His Excellency received fellow ambassadors, colleagues, partners and friends at Crowne Plaza Hotel in Scheveningen. On this occasion the Letter of Credence, accrediting H.E. Jong-Hyun Choe for his new post in The Hague, have been presented.

On behalf of Diplomat Magazine we wish H.E. Jong-Hyun Choe an enjoyable, fruitful and memorable stay in The Netherlands. 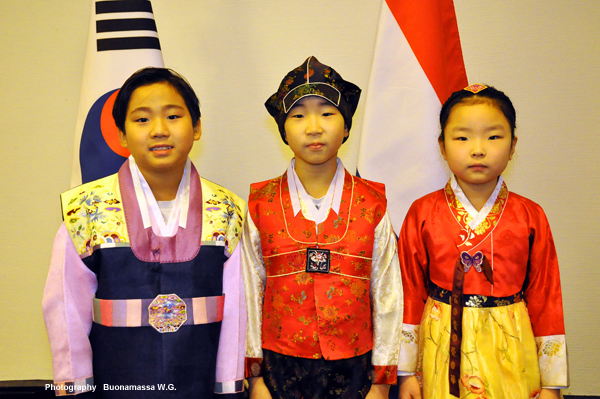