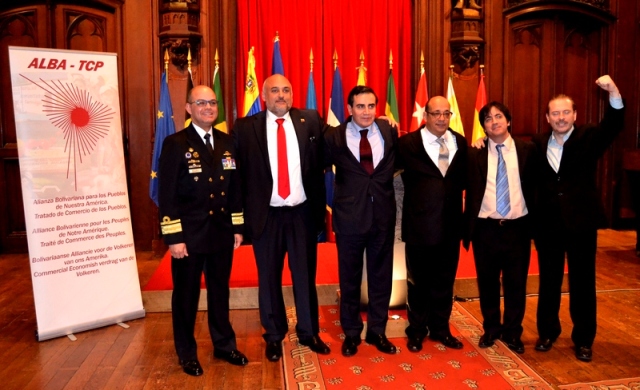 Picture credit: Embassy of the Republic of Nicaragua to the Kingdom of Belgium, the Grand Duchy of Luxemburg and the EU

The “Bolivarian Alliance for the Peoples of Our America” (in Spanish Alianza Bolivariana para los Pueblos de Nuestra América, or ALBA) held a reception on 12 December 2014 at Brussels City Hall to fête another anniversary of its foundation.

The Republic of Suriname holds the status of “special guest member”, the Republic of Haiti is an “observer”. The Republic of Honduras became a member in 2008 but withdrew from the organisation after the coup d’état against President Manuel Zelaya in 2009.

Altogether the 9 member states have a population of ca. 69,513,221 million people. Its terms “Bolivarian” refers to the ideology of regional hero Simón Bolívar, XIX century South American independence who dreamed of unifying the Hispanic Americas as a single “Great Nation”. 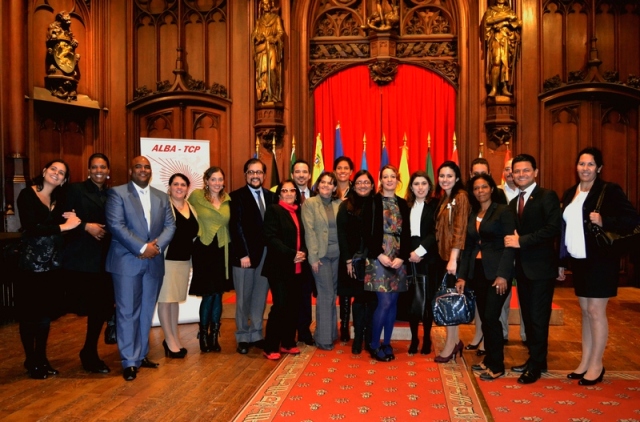 Since 2009 there is a further agreement to set up a common currency, called SUCRE, for all of ALBA’s member states, however, as of now the said currency is not a legal tender anywhere.

ALBA came into being on 14 December 2004 as a Cuba-Venezuela Agreement led respectively at the time by presidents Fidel Castro and Hugo Chávez.

This year’s reception was organised by the Embassy of Nicaragua in Brussels as Nicaragua is the country currently holding the pro tempore presidency of the ALBA group.

The Caribbean member states of ALBA possess a common diplomatic mission in Brussels also responsible for the Benelux countries and international organisations, the EU, and other jurisdictions. The mission of the “Eastern Caribbean States” is led by St. Lucian geographer, Her Excellency Dr. Len Ishmael.

Dr. Ishmael served as Director General for the Organisation of Eastern Caribbean States (OECS) between 2003 and 2013 before taking up her ambassadorial post in Brussels. The OECS’s secretariat is located in Castries, St. Lucia. 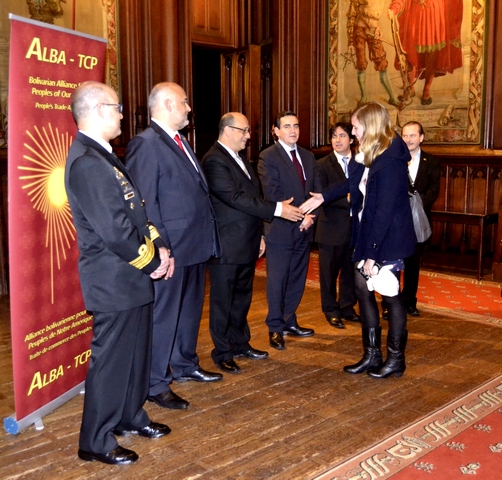 Three out of the four countries she represents are commonwelth realms recognising HM Queen Elizabeth II as their monarch but naturally in separate constitutional capacities (i.e. “Queen of St. Lucia”, or “Queen of St. Vincent and the Grenadines”). Only the Commonwealth of Dominica is a republic whose incumbent president is Charles Savarin. Dr. Ishmael also represents St. Christopher and Nevis which is not an ALBA member state.

Antiguan and Barbudan diplomatic relations to the Benelux countries are managed by the island’s mission to London, led by Ambassador Dr. Carl Roberts. 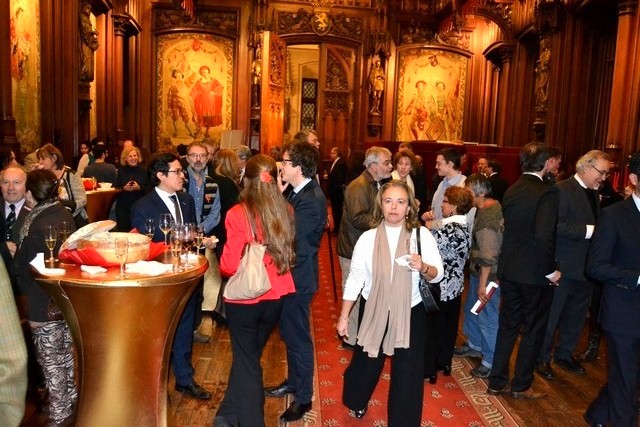