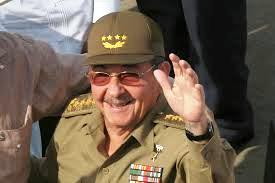 Both the US and Cuba have signalled the most significant change in their diplomatic relations for decades. The US has stated that it wishes to open an Embassy in Havana, as well as improving trade links and lifting travel restrictions between the two nations. The US embargo against Cuba dates back to 1960.

The move follows a recent exchange of prisoners between the US and Cuba, including US contractor Alan Gross.

The Cuban President Raul Castro noted the difference in opinions between his country and the US but welcomed proposals to move relations forward. The two presidents are expected to meet at the Summit of the Americas in Panama in April 2015.