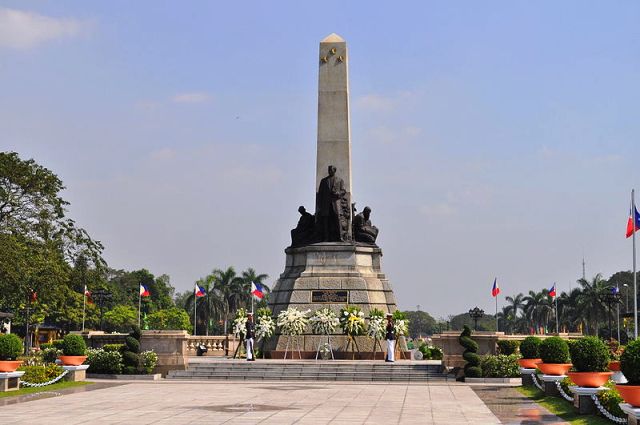 Since 1898 Rizal Day is observed by the Philippine community all over the world every 30th of December in commemoration of life and marytrdom of national hero Jose Rizal.  The major celebration is held at Rizal Park, more popularly known as the Luneta in Manila. The event is highlighted by flag-raising and wreath-laying ceremonies at the Jose Rizal Monument.

Dr. Jose Rizal (1861-1896), a ophthalmologist and a novelist was a Filipino patriot during the Spanish colonial era and became a martyr for reform in the Phillipines after his execution by the Spanish. He’s considered as the one of the greatest heroes in Philippine history, and is credited as starting the Philippine revolution against the Spanish colonisers. His two novels, “Noli me Tangere” (“Touch me not”) and the sequel “El Filibusterismo” (“The Filibustering” or “Reign of Greed”) exposed the injustices brought on the Philippne people.

He was the first person in all of Asia to advocate and introduce ideas that can be called modern democracy and Western liberalism. As early as 1880,Jose Rizal through his essays, letters and novels was already espousing such principles as the worth and dignity of the individual, the inviolability of human rights, the innate equality of all men and races, the necessity for constitutional government and due process of law, popular sovereignty as the basis of all political authority, faith in human reason and enlightenment, the right of the masses to public education, and belief in social progress through freedom. Rizal believed in the brotherhood of men irrespective of creed and nationalities, in universal peace and justice, and in the happiness and welfare of humanity. He envisioned a new world order in which men are free of tyranny, bigotry, and slavery, where justice reigns and all nations live together in fraternal harmony (lit: Souvenir Program of the 10th Annual International Assembly of the Order of the Knights of Rizal).