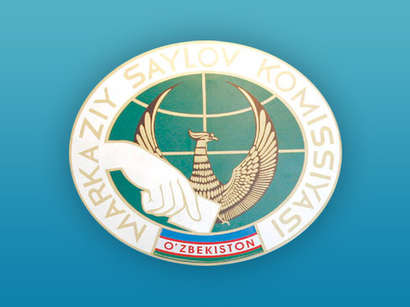 The Central Election Commission as a fundamental and reliable tool in ensuring the democratic election of the President of the Republic of Uzbekistan.

During the years of independence Uzbekistan has established a stable and dynamic political system, a bicameral parliament working on a professional basis, necessary organizational, legal and logistic conditions for a free and active participation of citizens and political parties in the most important matters of socio-economic development and social construction.

Radical reforms have been implemented in improving the electoral legislation, relevant measures to strengthen the independent activity of the Central Election Commission of the Republic of Uzbekistan as a key body in implementing the principles of openness and transparency of the elections have been undertaken. These factors play fundamental role and guarantee that the elections of the President of the Republic of Uzbekistan scheduled for 29 March 2015 are to be hold in full compliance with national legislation and international law.

In particular, this statute provides for the following matters:

Firstly, let us to look at the essence and content of the basic principles of the Central Election Commission’s activity: independence, legality, collegiality, openness, fairness. In particular, the principle of independence implies the implementation of activities of the CEC, regardless of any state bodies, NGOs and officials, interference in its activity is prohibited and shall entail liability under the law.

For example, Article 146 of the Criminal Code sets out the responsibilities of members of election commissions for violating the secrecy of the ballot, forgery of election documents, making fictitious entries in the papers or petitions, miscount votes during organization or holding elections by the officials, representatives of the political parties or self-government bodies, election commissions.

Article 147 of the Criminal Code establishes liability for obstructing the means of violence, threats, deception or bribery of the free exercise of citizens’ right to elect or be elected President of the Republic of Uzbekistan.

Secondly, law-making norms of the CEC have been identified, which, according to Article 9 of the Law “On the Central Election Commission of the Republic of Uzbekistan” has the right, within its powers to issue regulations, signed by the Chairman and published in the press.

Decisions made by the CEC within its powers are binding on district and precinct election commissions for public authorities, political parties and other non-profit organizations, enterprises, institutions and organizations.

Para 3 of the Article 51 of the Administrative Responsibility Code of the Republic of Uzbekistan imposes sanctions in the form of fines for non-fulfillment of decisions of the CEC, as well as the decisions of election commissions.

Thirdly, it is foreseen to exclude the norm of the law allowing to Oliy Majlis to terminate the activity of the Central Election Commission. While maintaining the current procedure for termination by the Oliy Majlis the activity of the members of the CEC. This innovation is aimed at further strengthening the guarantees of the independence of the Central Election Commission.

In order to ensure transparency of the activities of election commissions, the transparency of their work at their meetings may be attended by representatives of political parties, the media, observers from other countries, international organizations and movements.

At the same time, with regard to international observers, they have the right to attend meetings in which candidates for President of the Republic of Uzbekistan are nominated, the meetings of district and precinct election commissions; be present at the polling station and observe the preparatory work for the placement and sealing of ballot boxes for voting on the issuance of the citizens of ballots; present during the vote counting and tabulation of the precinct election commissions; request and obtain certified copies of the relevant election commission documents on the results of the elections; report their observations to a higher commission, if there is reason to believe that at the polling station had been violations of the Law.

However, in order to avoid interference in the election process, observers shall be prohibited: be in cabin or room for secret ballot during filling in voting paper by voter; influence voters, spread out any propaganda materials or literature; ask voters whom they voted, or render any help to voters during filling in voting paper; interfere in the activity of polling station committee during sealing up of ballot boxes and their unsealing, counting of votes.

Fourthly, it is proposed to establish the following requirements for the candidates to be elected members of the CEC: citizenship of the Republic of Uzbekistan; residence the country for at least five years; age of 25 years; as a rule to have a higher education, work experience in the organization and experience of conducting the elections, the referendum; to be respected by the public.

Fifthly, rule that prohibits members of the Central Election Commission to engage in other paid activities, except for research and teaching is being set.

One of the internationally recognized standards of contemporary democratic elections is holding them their own and independently within competence of the electoral authorities. In order to ensure these conditions, according to Article 19 of the Law «On the Election of the President of the Republic of Uzbekistan»:

Chairman, deputy chairman, secretary and members of the Central Election Commission may not be member of political party.

Candidates for President of the Republic of Uzbekistan and their proxies may not be members of election commissions.

One and the same person may be only a member of one electoral commission.

In general, all these legislative provisions, taken measures to improve the electoral legislation, the independence and impartiality of the CEC indicate that Uzbekistan has a modern electoral system that meets the requirements of a democratic, effective formed in line with international norms and principles of electoral legal framework of elections, provides a guarantee of free will of citizens, the right of everyone to freely elect and be elected to representative bodies of state power, as well as to monitor this process both within the country and from abroad.