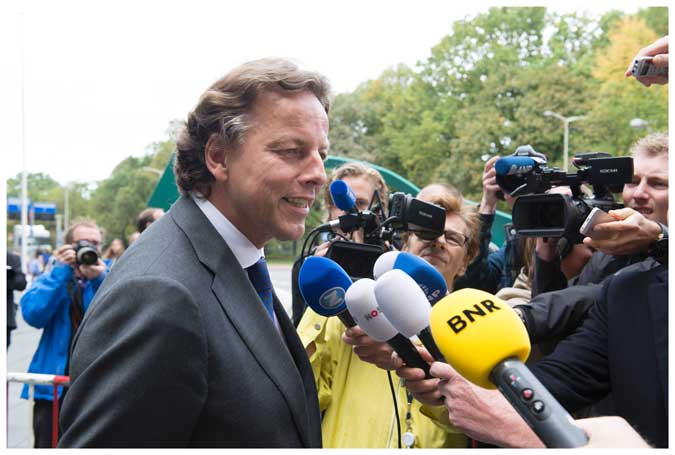 Foreign minister Bert Koenders has expressed support for the decision by the member states of the Organisation for the Prohibition of Chemical Weapons to condemn the use of chlorine gas in Syria as a violation of international law. He is also pleased with the OPCW’s statement that the perpetrators of the attacks must be held accountable.

‘This is the first time that the OPCW’s Executive Council has reached a consensus on issuing a condemnation. This is a positive development that we can build on,’ said Mr Koenders.

The minister had previously expressed his concern about Syria’s repeated and systematic use of chlorine gas as a weapon, arguing that such actions contravene international agreements and cannot be allowed to go unpunished. The European Union has also condemned the use of chlorine gas by the Syrian regime.

The use of chlorine gas (or any other chemical substance) as a weapon is a violation of the Chemical Weapons Convention, to which Syria has been a party since October 2013. It is also a violation of UN Security Council resolution 2118.

The Netherlands has called on the OPCW to do more to expedite the process of dismantling Syria’s chemical weapons programme. There are a number of former production facilities that must be destroyed, and Syria still has to submit a final report. While satisfied with the destruction of the chemical weapons stocks in Syria, Mr Koenders also stresses the importance of completing the final steps in the process.

‘We have to monitor Syria closely until we are convinced that the chemical weapons programme there has been completely eliminated,’ said Mr Koenders.