The role of the spouse 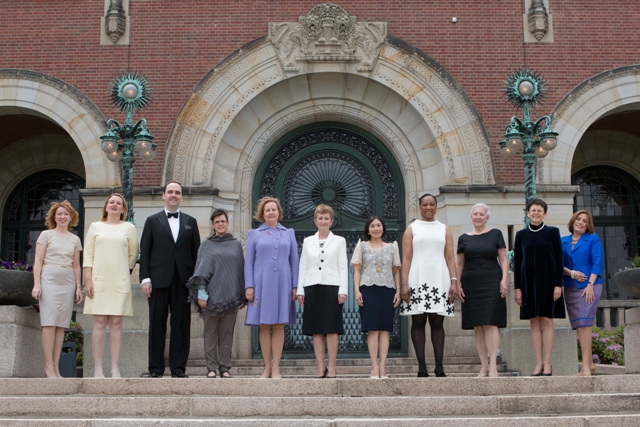 The life of a diplomatic spouse is anything but normal. The spouse of career diplomats must juggle a unique combination of family life, professional  commitments, education, responsibilities and travel.

Diplomat Magazine met with the wives and husband of 11 ambassadors in The Hague to find out more.

Tatsiana Barysevich, spouse of the Ambassador of Belarus

The role of the Ambassador’s spouse is, above all, representing her/his country. Big honour, big job, big responsibility. We are there to create positive and attractive image of our home country, inform the diplomatic and local community about different aspects of life there, sometimes – to break stereotypes.

Our very important task is to explore the hosting country, learn about its history, culture, heritage, traditions, values, top businesses etc., learn at least basics of the language and share the experience with our spouses, be informative partners in conversations with them.

Being busy with everyday challenges and tasks, they can learn a lot through us. Residing in the Netherlands gives us many unique opportunities in this respect.”

Lajla Halilović, spouse of the Ambassador of Bosnia & Herzegovina

As ambassador’s wife, I actively participate in the cultural promotion of Bosnia and Herzegovina in the Kingdom of the Netherlands by taking a part in organization of various events such as exhibitions, concerts and receptions.

In close cooperation with Bosnian and Herzegovina diaspora in The Kingdom of The Netherlands, I dedicate special attention to young people from Bosnia and Herzegovina in the area of supplementary education in Bosnian language.

On almost everyday basis, my job is to meet, know and entertain a large variety of relevant people in order to communicate cultural and social messages of my home country to them. Also, as an active member of Ambassadors Wife’s Association in The Hague I am taking part in all the relevant events. 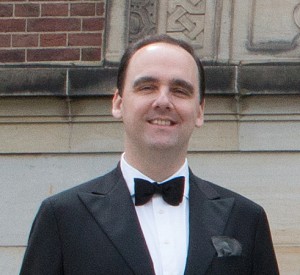 Marko Korac, spouse of the Ambassador of Croatia

The best job in the world!

Being a spouse is great and being a spouse of the Croatian Ambassador in this amazing city of the Hague is a great privilege and the most beautiful task in the world.

Gracious Dutch hospitality and built friendships make this post a unique experience, the one I will cherish dearly. It is not only the most exquisite tulips, fabulous art, bicycles and spectacular canals but it definitely is the Dutch mode de vie:  openness and curiosity, that makes you feel welcome, allows you to introduce your home traditions and customs and learn so much.

Aimara Quiñones, spouse of the Ambassador of Cuba.

Marika Jahilo, spouse of the Ambassador of the Republic of Estonia

The role of the spouse is simple – provide support to your husband and family, make new homes many times in life and get involved in country promotion whenever possible. Easier said than done, the supportive role very often means you have to quit your own career and change your focus of life. With my publishing sector background I have tried to balance my own priorities with those of my husband’s.

Peep has always understood my needs and wants me to be happy wherever we live. For example, I arrived to The Hague a year later to complete my tasks in Estonia. Now, in my third year in this wonderful city, I actively participate in and organise social and cultural events together with the Embassy.

This cooperation adds so much to my everyday life and self-esteem. We are lucky to be posted to The Netherlands, as this is a very friendly country and people easy to get on with. I cycle my bike and feel like Dutch, to understand and enjoy more!
Choices and hard decisions have to be made by spouses whether to continue with their own careers or put their career on hold to support and sustain their companion’s endless postings abroad. Similar thoughts and decision have to be taken in respect of the children’s welfare and education. The latter being the most important challenge faced by diplomats and their spouses.

Notwithstanding these challenges, my message to prospective spouses of ambassadors is to keep their head high. At the end of the day, life is about making choices and living with the consequences.

Bernardina Cole, Spouse of the Ambassador of the Republic of Malta

For those who have not had the opportunity to be actively involved in diplomatic work or close to the diplomatic world, this seemingly prestigious profession is regarded as life of luxury, glamour and touring the world….a sort of an extended holiday.  This is far from the truth.

Together with the Ambassador’s responsibility as a representative of his country abroad, the spouse also has to bear this responsibility. Spouses are on many occasions heavily involved in the activities of the Embassy, from culinary and cultural diplomacy to national day celebrations.

Gina M. Ledda Wife of the Ambassador of the Philippines

As the wife of the Philippine ambassador, I am in the unique position to help promote my country’s cultural highlights, most notably, our national dress, cuisine, music, literature and the visual arts. The events I organize and attend with my husband are essentially opportunities for interaction. People can get to know more about the Philippines and we in turn have the chance to appreciate better the Dutch and other cultures.

I believe several factors such as one’s experience, skill set, and personality influence the way a person carries out the responsibilities expected of an ambassador’s spouse. I think an openness to learn and to develop friendships, enthusiasm, and a sense of humor can make this multi-faceted role enjoyable and fulfilling.

I this respect I can say that, as a spouse of an ambassador, I have complemented my husband´s  work as a diplomat and an ambassador. I enjoy having such an opportunity also in the Netherlands, being our last diplomatic posting.”

Ntokozo Patience Koloane, spouse of the Ambassador of South Africa

Jovana Kirn, spouse of the Ambassador of Slovenia

“I have been accompanying my husband on his diplomatic missions all over the world for the past 38 years.

This has been a thrilling journey, not only for the sake of so many countries we have lived in, but also  for having a life time opportunity to know these countries better and to contribute  my personal share in building good relations between Slovenia and these countries.

It is very important to learn and to understand new culture and customs, to be engaged in activities organized by other spouses of the ambassadors and to see each new posting as a possibility to bring different countries and their people closer to each other.

Nataliia Tymoshenko, spouse of the Ambassador of Ukraine

It is a great responsibility to be a spouse of an ambassador as you represent your country, its culture and traditions.

For that it is important to have a deep knowledge of the subject, to be able to create   a wide network among representatives of diplomatic as well as local community.

Ana Luisa Trabal de Moerzinger, Spouse of the Ambassador of the Oriental Republic of Uruguay

‘The role as a diplomat’s spouse is a rewarding act but it is one that is often led from behind the scenes.

It requires a partnership in which we both work hard to represent our country’s interest in the best way we can. As the spouse, we need to carry the same dedication and commitment in order to fulfill this goal. It also requires a flexible and agile mind as you juggle the responsibilities inherent in the profession but also those demanded by your family.

In the Netherlands, particularly in The Hague some of these difficulties are easier because there is a more open and global mindset where international organizations and private interests coexist.