A Ceremony of Merit for the Ambassador of Greece 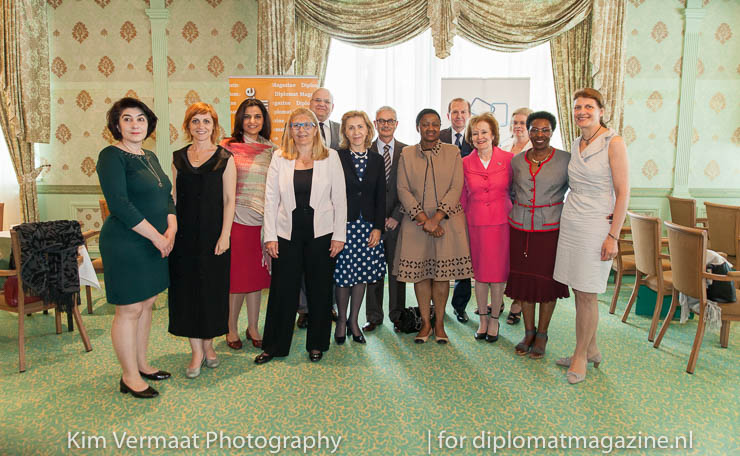 A Ceremony of Merit for the Ambassador of Greece, Teresa Paraskevi Angelatou.

A much awaited day for the Diplomatic community happened on 10 June, as the Ceremony of Merit for H. E. Ms Teresa Paraskevi Angelatou, Ambassador of the Republic of Greece to the Kingdom of the Netherlands was held from 15:30 to 16:30 at Carlton Ambassador Hotel in The Hague.

In his welcoming speech Mr Roy Lie, Master of Ceremony for Diplomat Magazine recognised Ms Paraskevi Angelatou efforts for her contribution in enhancing the bilateral ties between her country and The Kingdom of the Netherlands, and in gratitude for her support to the Diplomatic Community and Diplomat Magazine by presenting the Certificate of Merit.

The Certificate of Merit is Diplomat Magazine’s official recognition to parting Ambassadors.

“Today, we honour Her Excellency H.E. Ms Paraskevi Angelatou, Ambassador of the Republic of Greece, an esteemed member of the vibrant diplomatic corps in the Netherlands. She was posted to represent her country at a challenging time and did a remarkable job both serving the interests of Greece and garnering support for the uneasy path that her compatriots had to pursue. Her Excellency successfully carried on the responsibilities during the Greek chairmanship of EU bringing more visibility and respect to her country …” H.E. Ms Dziunik Aghajanian, Ambassador of Armenia.

The National Anthem of Greece proceeded that of the Netherlands for Ambassador of Armenia take the floor immediately for her speech.

“Ms Paraskevi Angelatou warmth together with her expertise has made her an invaluable interlocutor and a good friend who will be missed —together with her Greek temperament”, stressed her friend H.E. Ambassador Aghajanian, adding the humorous touch to the memorable moment.

Dr Mayelinne De Lara, Publisher of Diplomat Magazine, then awarded the Certificate of Merit to Her Excellency.

“It was certainly a challenging time. Combined with our regular volume of work wiht the follow up of all European countries agenda it was not easy, everyone was waiting for us to accomplish the task. At the end we survived, and the Netherlands as the host country was willing to help mine. I’m glad that the work was well done, now my last task is the upcoming Presidential visit to the Netherlands. … but also I could not leave without recognising other welcoming group I met in the Netherlands, such as the “Ladies Ambassadors”.  Her Excellency Teresa Paraskevi Angelatou enthusiastically remarked:  “Whenever you are in search of extra sun, I will be in Tunisia as the next Greek Ambassador.  Thank you for your friendship”, addressed Ambassador Paraskevi to her diplomatic colleagues at Carlton Ambassador Hotel.