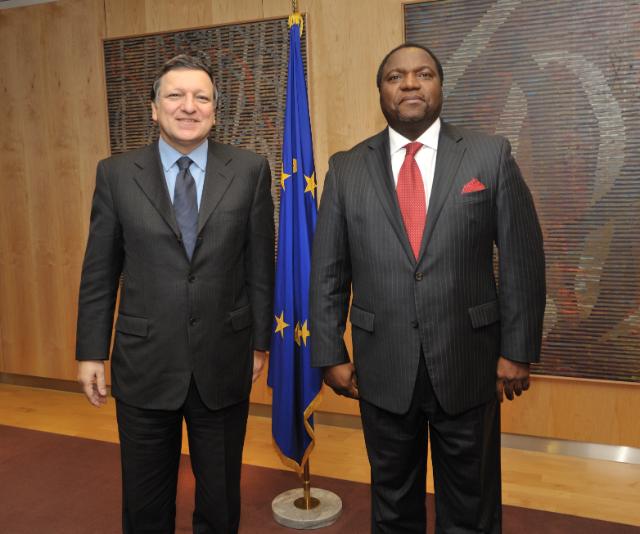 On the picture Joel Musa Nhleko and President Barroso.

Former Swazi Head of Mission to the EU, the Benelux countries, Germany, the OPCW, the ACP Group of states, the Holy See and the Turkish Republic, Mr Joel Musa Nhleko has begun a position as “Principal Secretary” (PS) at the Ministry of Foreign Affairs and International Cooperation. This is the highest role at the ministry reporting directly to incumbent Foreign Minister Mgwagwa Gamedze.

Ambassador Musa Nhleko was recalled in October 2016 from Brussels by His Majesty King Mwati III of Swaziland to fill up the PS position.

Swazi Ambassador in Brussels is now HE Mr Sibusisiwe Mngomezulu.