Politics from the perspective of a Burundian woman 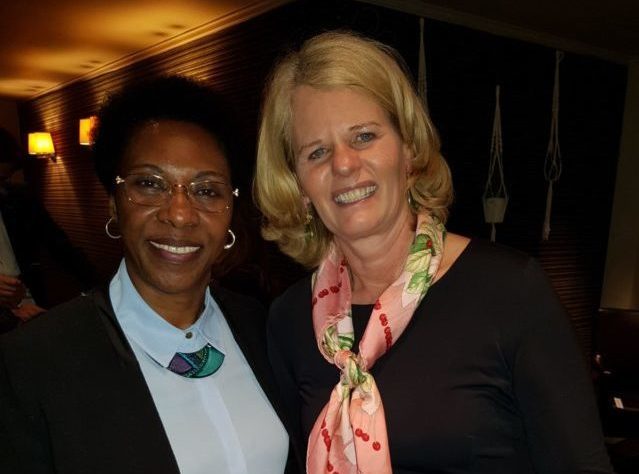 H.E. Vestine Nahimana, Ambassador of Burundi to the Netherlands  and Caroline Klaver-Bouman.

‘Women in action’ was the theme of a VVD meeting on International Women’s Day, calling in Wassenaar as in the rest of the world for gender parity.  The meeting was hosted by Caroline Klaver-Bouman, the only female party chairman of all eight political parties represented in the town, to reflect on her combined mission to encourage more women to stand up, speak out and get involved.

‘In the Netherlands’ said Ms Klaver-Boumam ‘Female representation in boardrooms and politics is shamefully low and equal pay for men and women is still not common practice.’

‘In Wassenaar’s municipal council female representation is also very low.  In the past four years there were only six female council members of a total of 21’  She explained.

A significant group of ladies from Wassenaar attended the meeting to listen to inspirational and dynamic speeches from others but the main course was delivered by Her Excellency Vestine Nahimana, Ambassador of Burundi and  resident in Wassenaar who was invited to present a courageous review of the women situation  in her country based on her own experiences and fight over the years.

‘she is an inspiring example of the possibilities for women to take part in politics and government, even in more difficult circumstances than we are facing in the Netherlands.’ Expressed Caroline Klaver-Bouman.

‘Allow me to express my sincere thanks to the organizers of this event for inviting me to speak in front of you. This is a great honour for me as a woman, and a female leader, to encourage my sisters to embrace politics in order to advocate for our cause, for which I am proud to be a fighter: the rights of women.

Tonight, I would like to paint a partial portrait of the struggle that is ours, from the perspective of a Burundian woman. For a long time, the Burundian woman has been relegated to a supporting role. However, traditionally, the woman had a great political influence during the period where the kings ruled Burundi. The contemporary period has seen the gap between men and women deepen further. Recurring wars and other crises in Burundi have brought death to many men, leaving widows and orphans behind. Although with difficulties, women have raised children alone.

With the Arusha peace negotiations, women have risen to demand their participation in governing bodies in order to cope with the various crises that, as an outcome, cause more problems to women than men, given that they find themselves raising children alone with no help.

This struggle has borne fruit that women enjoy today. Among the several achievements, allow me to mention:

The establishment of a 30% quota reserved for women in institutions. This is a major breakthrough because women, although represented in institutions, were much less so.

The setting of this quota has allowed women to become even more aware that without their participation in the governing bodies, their condition will not change.

Women are sensitised to integrate institutions: women lead Key State departments such as Justice or Education or Health. We have had female vice-presidents and prime-ministers. We have females as presidents of political parties. Some large corporations are women-run, and even in diplomacy, we have women ambassadors. You have proof in front you.

The electoral lists must consist of 30% of the women. In the Senate, we have 50% women.

Health measures aimed at improving the conditions of women such as free childbirth and free health care for children under 5 in State institutions. Free basic education to encourage parents in the education of young girls.

Regardless of these non-exhaustive achievements, it is important to remember that in my country, inequalities between men and women still exist. The President of the Republic understood that without women, there is no development, and therefore continues to support the cause of equality and equity in rights for women. By addressing cultural practices, the debate about succession and inheritance is one of the next struggles for equality in Burundi, without forgetting the parity in the professional world, where we are still cited as an example. As for the Burundian women, they understood that without their participation in institutions, or their votes during the various elections to make their voices heard, the condition of the woman would be a futile struggle.

My personal commitment to politics was motivated by a number of socio-economic and political factors observed in my country. Having been a refugee, the living conditions of my family and my sisters around me pushed me to think about the future of my daughter and now of my granddaughter. Upon returning to my country, through associations, I engaged in the empowerment of women. Together with colleagues, we set up a microfinance structure that helps finance income-generating activities for our sisters.

Appointed President of the National Council of Communication, my fight was to prove the value of a woman in a high-level position and this one to lead different actors in a process of peaceful resolution of conflicts. As an Ambassador to this beautiful country, I am carrying a message of peace and cooperation so that our two nations can walk together towards a better future for our girls and little girls. We must leave our children a world without discrimination and violence against women. I work every day to fight for women’s rights, and I encourage all of you women in Wassenaar and all the other parts of the country to advocate for women’s rights through your participation in processes and in the institutions.’ 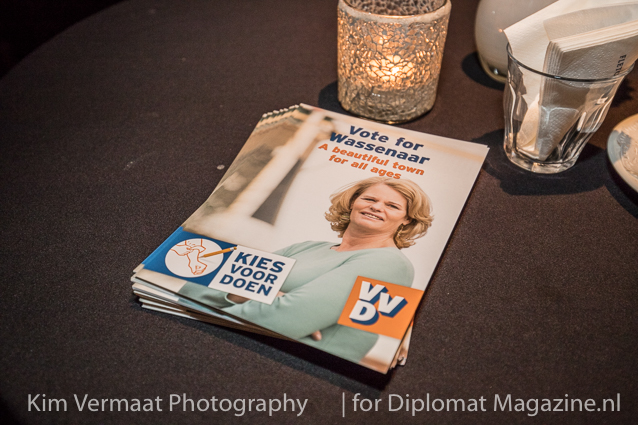