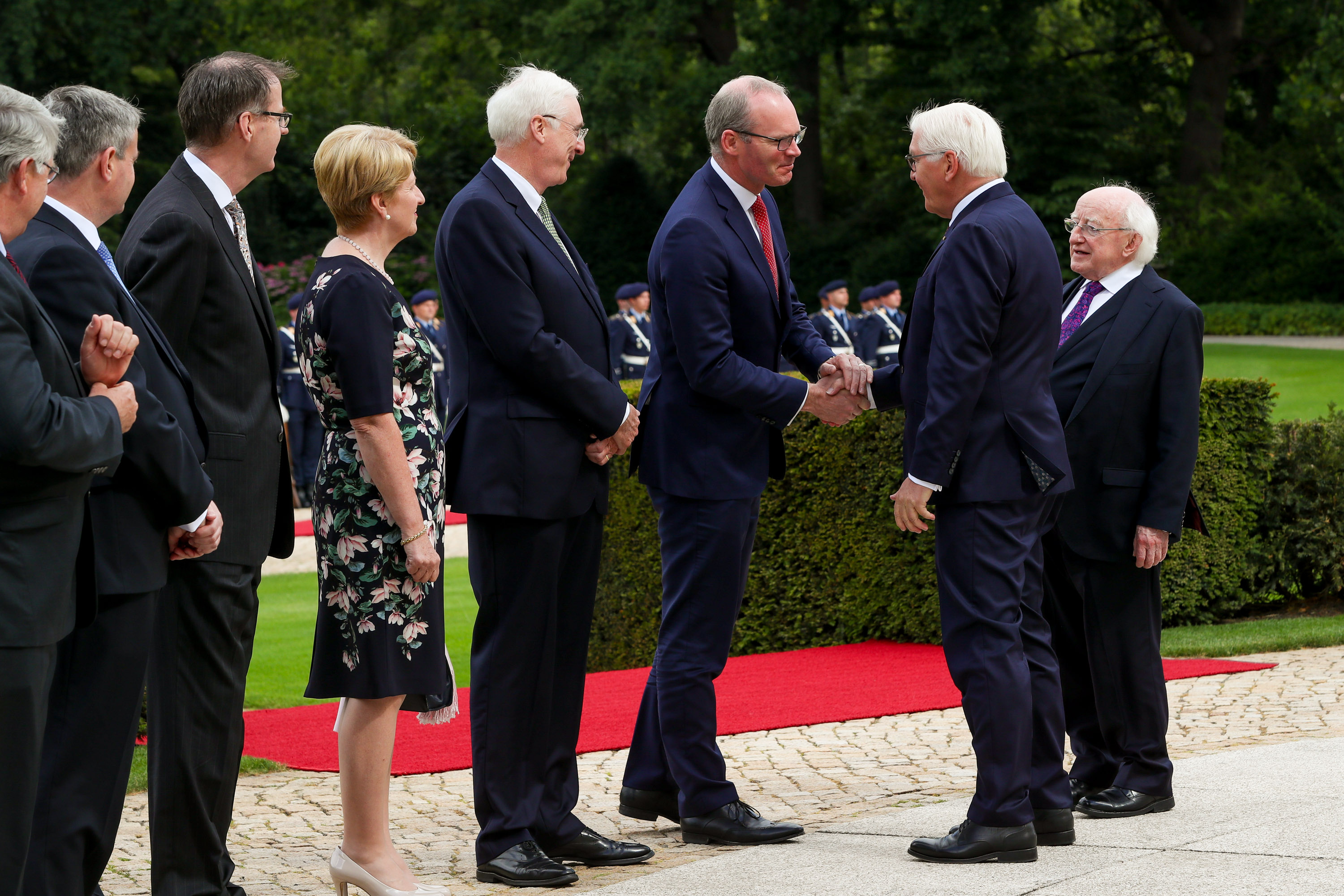 3-5 July 2019, Germany: Irish President Michael D. Higgins paid the first visit by an Irish Head of State to Germany since 2008.

The President and his spouse Sabina Higgins were accompanied on the State Visit by An Tánaiste and the Minister for Foreign Affairs and Trade Simon Coveney, Irish Ambassador to Germany Michael Collins and spouse Marie Collins. In addition to his meetings with political leaders at federal, state and city level, President Higgins participated in a number of events hosted by Enterprise Ireland, Bord Bia and Tourism Ireland, to assist in their work of strengthening business links.

Over the three days, President Higgins visited four German states, including the federal capital Berlin, Frankfurt in Hesse, Würzburg in Bavaria and Leipzig in Saxony, reflecting the Irish government’s commitment to deepening our relationship with Germany – a vital political and economic partner for Ireland and a fertile landscape for Irish culture.

The visit takes place to mark 90 years since the establishment of diplomatic relations between the two countries.

The State Visit began on Wednesday, 3 July, with a formal welcome by German President Dr. Frank-Walter Steinmeier at Bellevue Palace.

After the meeting with President Dr. Steinmeier, President and Sabina Higgins travelled to the nearby the Brandenburg Gate, whereafter they met with the Governing Mayor of Berlin, Michael Müller.

The President continued with a meeting with the Chancellor of the Federal Republic of Germany, Dr. Angela Merkel, at the Federal Chancellery, and President of Germany’s Federal Parliament, Wolfgang Schäuble, in the Bundestag.

In the evening the President held an allocution at an event hosted by Enterprise Ireland, for CEOs of 30 leading Irish companies and their German business partners, and attended a State Dinner hosted in his honour by his German counterpart.

President Higgins moreover delivered a keynote address at the University of Leipzig in Saxony. Indeed he is the first Irish Head of State to include Leipzig – a city in the former East Germany – in the programme for a State Visit, reflecting Ireland’s intention to go beyond traditional centres of Irish links and build new links for the future.

President Higgins subsequent visited the Church of St. Nicholas and held meetings with the Mayor of Leipzig, Mr. Burkhard Jung, and the Premier of the Free State of Saxony,  Michael Kretschmer.

In Frankfurt, the President marked the opening of a new Consulate General, the first such diplomatic representation in continental Europe in the modern era. Hesse’s Minister for Federal and European Affairs, Lucia Puttrich was in attendance.