50th Conference of heads of government of the Alpine states 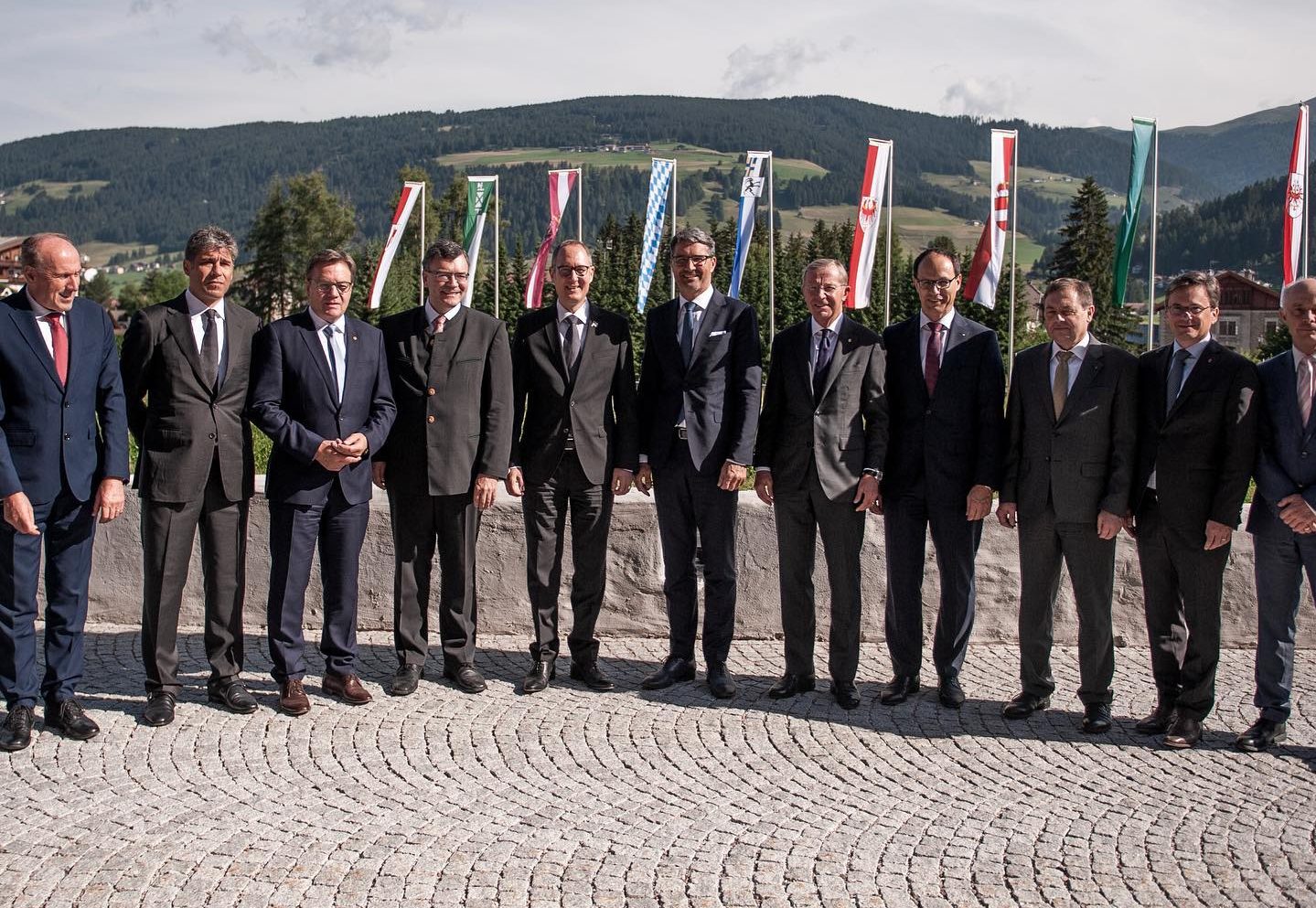 The heads of government discussed several issues of importance for the population of the Alps: The Alpine countries adopted a resolution on the main topic of the South Tyrolean Presidency year, “rural development”, as well as on transalpine transport. Moreover, they also discussed the progress of the demands made a year ago for wolf regulation in the Alpine region.

As a result of the intensive examination of the main topic, the Alpine countries have committed themselves in five theses, that is to say, to the goal of securing and developing rural areas as high-quality living, working, economic, cultural, recreational and natural areas. Thus, flexible forms of work such as smart working and alternating tele-work should become a matter of course when it comes to “work”. The public administrations set an example in this respect and a comprehensive broadband connection is the basic prerequisite for this.

Second, the Alpine countries want to strengthen regional economic cycles, value creation in the business sector and the purchasing power of rural areas, as well as small and medium-sized enterprises.

Thirdly, they see the strength of rural areas in the cohesion of the population. For this reason, the governments want to specifically promote strategic long-term planning to revitalise the town centres as well as a town centre maintenance management and reward voluntary work.

Fourthly, the public authorities should ensure that rural areas are adequately accessible and barrier-free. It considers modern and multi-modal mobility services to be just as important as green mobility.

After all, it is about quality of life, among other things through short distances to basic services, childcare and education and cultural offerings for all generations. Sub-centres and the distribution of public facilities can be a useful way to achieve this.

Transport: From road to rail
In an intensive discussion, the representatives of the individual countries have wrangled over a further resolution on the explosive issue of transport.

Günther Platter, Governor of the Tyrol, spoke as per statement below of a “dramatic situation: despite an intended shift, traffic on the roads has steadily increased over the past few years, while that on the railways has decreased”. More trucks cross the Brenner Pass than on all six transalpine routes in Switzerland and France combined.

Bavaria’s Minister of State for Federal, European and Media Affairs, Dr. Florian Hermann shared the “necessity of a stronger shift”, but warned against “island solutions: We need a common solution to achieve large-scale impact.”

Joint approach to the wolf
The Alpine countries furthermore re-confirmed the previous year’s resolution presented by South Tyrol on the “Regulation of the wolf population in the Alpine region” with all its contents.

Arnold Schuler, South Tyrol’s Agriculture Councillor, reported on the development of the wolf population in Europe. The countries unanimously agreed to his demand for a “common Alpine strategy” and appealed to the EU and its member states to take the necessary steps to lower the wolf’s protection status and to give the regions more room for manoeuvre in managing the large predators.