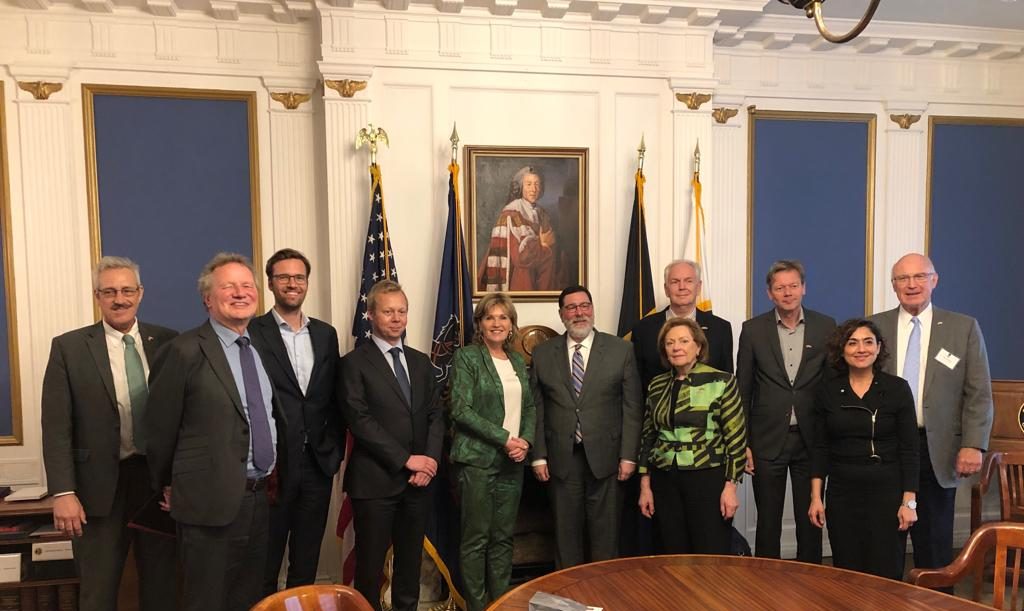 A delegation of Dutch MPs has cancelled its visit to the Russian parliament for the second time in a row. This time because one of them was denied entry to the country. Moscow calls it ‘a provocation’.

The politician concerned is Sjoerd Sjoerdsma of D66, who made a name for himself in the EU by pushing for a European version of the American Magnitsky Act. The original American act was signed into law by former US president Barack Obama and was intended to punish Russian officials responsible for the death of Russian tax accountant Sergei Magnitsky in a Moscow prison in 2009.

Sjoerdsma was denied entrance to Russia because the Russian government regards him as “unfriendly to Russia” and “openly aggressive”. Not only did he often call for sanctions against Russian nationals, but also did he, in 2014, demand a boycott of the Sochi Winter Olympics, and in 2018, he called for the FIFA World Cup to be moved to another country. In 2019 Sjoerdma’s party D66 voted against the re-entrance of the Russian delegation into the Parliamentary Assembly of the Council of Europe (PACE).

The Russian ministry of Foreign Affairs declared “the Dutch side was informed in advance that Sjoerdsma’s inclusion in the group that planned to visit Russia was undesirable.” The ministry therefore asserts the Dutch MPs knew what would happen when they included Sjoerdsma in their delegation. “Despite our warnings, they carried out this deliberate provocation in full awareness of the possible consequences. They sought a scandal rather than a constructive discussion.”

In November 2019 the Dutch lower house adopted a Dutch version of the Magnitsky Act. It will become effective as soon as the Dutch senate has approved it. Also in December 2019 EU foreign ministers cleared the way to start work on a European version. “We have agreed to launch the preparatory work for a global sanctions regime to address serious human rights violations,” the EU’s chief diplomat Josep Borrell declared.

The development towards a Dutch and a European Magnitsky Act is the direct result of Sjoerdsma’s actions. The master mind behind the original American Magnitsky Act, Bill Browder, openly thanked Sjoerdsma for his lobby efforts.

Browder is a founder of the Hermitage Capital investment firm, which made billions in profits on Russian securities in the late 1990s – early 2000s. When Russian authorities took a closer look at the investor’s activities, this resulted in a criminal case and the arrest of Browder’s tax accountant, Sergey Magnitsky. Browder then started lobbying in the US for an anti-Russian sanctions regime. In 2013 a court in Moscow sentenced Browder to nine years in prison in absentia after finding him guilty of deliberate bankruptcy and tax evasion.

The Russian embassy in The Netherlands has expressed its regret of for the Dutch MPs refusal to visit Moscow. “The Netherlands for the second time in a row on their own initiative slam the window of opportunity for resuming dialogue,” the embassy said. In 2018 the Dutch delegation of MPs cancelled its visit the day after the Dutch government had accused Russia of a cyber operation targeting chemical weapons watchdog OPCW in The Hague. Russian minister of Foreign Affairs Sergey Lavrov dismissed the Dutch allegations.

Eric van de Beek-Pro Media is a freelance journalist working regularly for Diplomat Magazine, Sputnik, Bonanza Media, Andere Krant, and Xi’an Jiaotong-Liverpool University. He is an editor and co-author of a book about fake news ‘Nepnieuwsexplosie’ (2018).