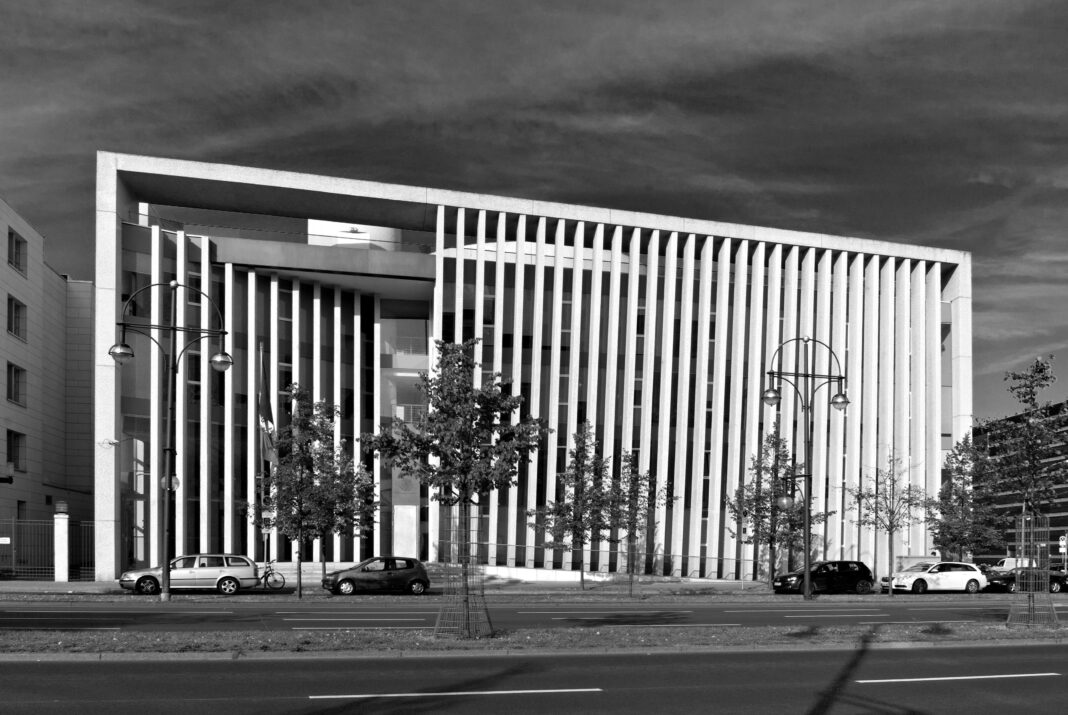 Sunday, 22 November 2020, Berlin, Germany: the edifice that houses the Mexican diplomatic representation in Germany celebrated its 20th anniversary. Due to the valid restrictions on public life as a result of the Covid 19 pandemic, the Embassy and its Cultural Institute  launched a series of events to celebrate this special anniversary.

The programme included a welcome address by the Ambassador of Mexico to Germany, Rogelio Granguillhome Morfín, and two publications: A digital book with a visual essay by Mexican photographer Nin Solís on the edifice’s architecture in its current use, and a book in print: an anthology of contemporary Mexican poetry that, like the chancery itself, reflects the diversity and creative richness of Mexico. Finally, a conversation between Francisco Serrano, one of the architects of the building, and architect Pirkko Petrovic, who was part of the German construction team 20 years ago, recorded especially for this anniversary, is presented.

As part of Mexican diplomacy, the Embassy of Mexico in Germany is honouring this special anniversary, which reflects the relationship between Mexico and Germany. This place is the first Mexican building built in Europe to house a diplomatic mission. The chancery was designed by two of the most outstanding contemporary Mexican architects: Francisco Serrano and Teodoro González de León. Their concept took into account both Mexican tradition and Mexico’s modern architecture. Over time, the façade of the embassy became a visual symbol in Berlin and a sign of Mexico’s presence, representing the historical and cultural relations between Mexico and Germany.

The building demonstrates the importance that Mexican foreign policy attaches to strategic bilateral relations and is an expression of the close ties between the two countries, which are strengthened in times of global challenges such as the present. On the 20th anniversary of Mexico’s symbolic presence in Berlin, the Embassy celebrates that cooperation with Germany continues to deepen for the benefit of both societies.