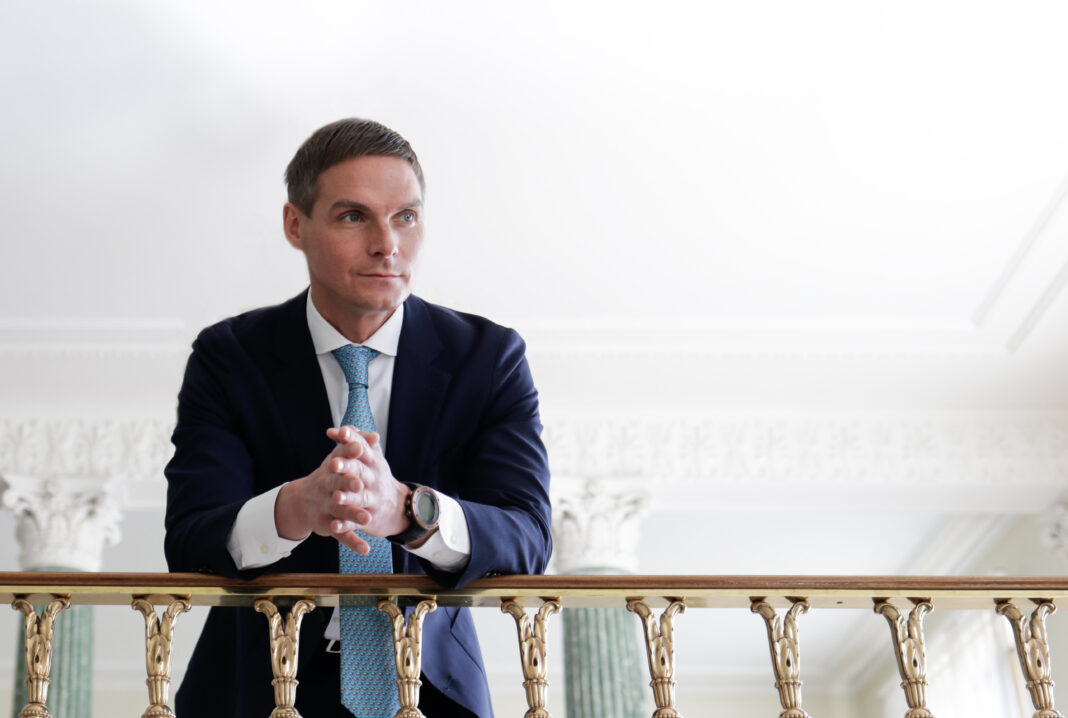 By Andrei Sobolev, Minister Counsellor, Head of the Trade and Economic Bureau of the Embassy of the Russian Federation in the Federal Republic of Germany.

On May 6, 2021, the Trade and Economic Bureau of Russia in Germany celebrated the 100th anniversary of its establishment shortly before the signing of the Rapall Treaty between the RSFSR and the Weimar Republic on the restoration of diplomatic relations. The treaty was a landmark event in European history that demonstrated the potential for mutually beneficial exchanges and the formation of a system of economic ties amidst reparation ultimatums and political pressure back then.

The overall history of Russian trade missions in Germany goes back even to 1912, when the foreign offices of the Ministry of Industry and Trade of the Russian Empire were established by a decree of Emperor Nicholas II. In keeping with historical continuity, today Trade and Economic Bureau is also a foreign office of the Russian Ministry of Industry and Trade. It is important to note that at that time 3 of 14 foreign offices were situated in the German cities of Berlin, Hamburg and Frankfurt-am-Main, because even back then Germany accounted for about 38% of the Russian trade turnover.

A good metaphor for these historical roots of special cooperation between Germany and Russia which runs through the 19th to the 21st century is the fate of the family of Andrea von Knoop, author of the fundamental work on Russian-German economic relations “Great Future – the Germans in the economic life of Russia.

A History of a Reliable Partnership for Many Years”. Her husband’s ancestor Ludwig von Knoop (1821-1894) was one of the founders of the Russian textile industry who participated in the construction of 187 weaving factories in Russia and was the owner of the largest textile factory back then. Back to modern history Andrea von Knoop was the chairman of the Board of the Union of German Economy in Russia from 1995 to 2007, attracted German investments in the economy of new Russia and created what is known today as AHK Russland.

The foundations of modern economic cooperation between Russia and Germany were laid in the 1970s at the height of the Cold War when the political conditions for economic cooperation were comparable only with the Rapallo accords. After the accession of Chancellor Willy Brandt, Germany abandoned the tough confrontation with the USSR and its allies in favor of its new “Ostpolitik” under the motto “Wandel durch Annäherung” (change through rapprochement), which resulted in the “gas-tube deal of the century” for supplying large-diameter pipes and other equipment for a gas pipeline to Germany and paying for that with gas from fields in Western Siberia. The deal was named so because it was the largest in the history of Russian-German agreements involving cooperation over many decades.

Russian-German economic cooperation is an objective historical constant. Even today notwithstanding any political circumstances Germany remains Russia’s second largest foreign economic partner – its share in Russian foreign trade in 2020 accounted to 8%. Russia remains one of the largest suppliers of gas, oil, petroleum products and coal to Germany. Germany is one of the largest investors in Russia and has 4 274 companies with German capital there. In turn the largest Russian companies have their foreign headquarters and subsidiaries in Germany – Gazprom, Rosneft, VTB, Sberbank, Russian Post (all members of the Russian Economic Council in Germany).

The volumes of mutual accumulated investments, mutual trade turnover, and various institutional forms clearly shows solid objective of Russian-German economic cooperation. The prerequisites of this cooperation for the private sector are so objective that the chairman of the Eastern Committee of the German Economy O. Hermes promotes the need to create a coordinated industrial strategy between Russia and the EU and major German and Russian companies supports the initiative of a common economic space from Lisbon to Vladivostok.

Bilateral cooperation is also supported at the highest level by the governments. In 2019 a declaration of the “Russian-German Partnership for Efficiency” was signed which is now a strategic document for the development of bilateral economic and technological cooperation. At the end of 2020, in conjunction with the establishment of the Russian-German Economic Council, the German and Russian foreign ministers announced the Russian-German year of Economy and Sustainable Development in 2020-2022.

The 100th anniversary of the Trade and Economic Bureau as a part of the Russian diplomatic mission providing conditions for the further development of Russian-German trade and investments is a good occasion to look back on the glorious past notwithstanding any circumstances and become confident in the future of these relations.

The Trade and Economic Bureau will continue to be a hub for various initiatives in the field of mutual trade and investment and remain one of the most important houses that will carefully preserve the living memory of the previous pages of the bilateral economic relations and actively contribute to writing new ones.

Trade and Economic Bureau of the Embassy of the Russian Federation in the Federal Republic of Germany: https://de.minpromtorg.gov.ru/de/