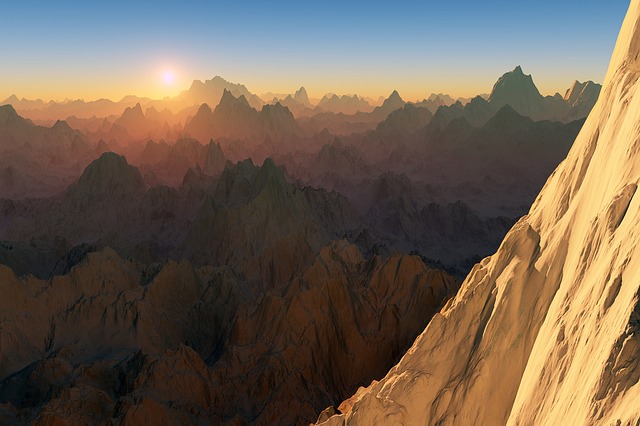 As the date of complete withdrawal of US troops from Afghanistan nears, more and more often we hear comments in which this withdrawal is compared with the escape of US military forces from the South Vietnam in the seventies of the last century. Even more, as the Taliban, who were the main objective of NATO and (in fact the US) military intervention in Afghanistan are rapidly taking control of all major parts of the country, including the border crossings to several neighbouring countries, for example Iran.

Washington, as could have been expected, rejects such comparisons, although they are very founded and although it is almost certain that the Taliban will gain control over the whole country after the withdrawal is completed. Just as the communist forces from North Vietnam once took over the south, thus uniting the country in today’s Vietnam.

Both in Afghanistan, and in Vietnam the withdrawal of foreign troops was preceded by a yearlong war in which, according to some estimates, more than seventy thousand Afghans and Pakistani were killed, leading to a situation in which today almost 50% of the population of Afghanistan is just surviving below the poverty line.

In Vietnam everyone in the south who have in any way cooperated with the Americans, suffered, if nothing else than being sent for a long-term “re-education” in special camps. In Afghanistan, those who have cooperated with NATO forces, if only as translators, openly fear for their lives in the country under the rule of the Taliban. In the south of Vietnam, hundreds of people floated for weeks on small boats along the coast, in the vain hope that they will be picked up by their American friends, whose warships will suddenly appear on the horizon. They didn’t come.

In Afghanistan, having in mind the example of South Vietnam, people who have worked with foreign forces have no illusions. Thus, a wave of refugees towards neighboring already started, and there is no doubt that this wave will reach Europe as well. The war lasted for twenty years and, the longest war the US waged in its short history. And although President Joe Biden successfully avoids triumphant phrases a typical for George Bush junior, such as: “Mission accomplished,” even his milder variant: “Goals achieved” does not corresponds to the truth.

If the goal was to fight against terrorism and Al Queida, then the target was reached in liquidating Bin Laden and breaking up of this organization, meaning that the time for withdrawal from Afghanistan was during the Obama mandate, when Biden was vice president. If, however, the goal was to destroy the Taliban, then the war in Afghanistan, is a total US failure (it would be wrong to say that Americans are the losers, because the biggest loser the people of Afghanistan). And a failure it was. Not only because the eradication of the Taliban failed, but primarily because the Taliban are “American offsprings” (just like Bin Laden), summoned to life and supported both financially and militarily, only to hamper Soviet troops after their intervention in Afghanistan (1979), with the clear aspiration to turn Afghanistan in some sort of “Soviet Vietnam”.

Yes, the Soviets did militarily intervene after they estimated that the government of the nonaligned Afghanistan could become close to the West. After ten years of fighting they understood that this attempt has no perspective and retreated – organized with a commander-general who was the last to cross the bridge at the border at the rear of his troops (unlike the Americans who escaped by helicopters from the roof of the US Embassy in Saigon and now left Bagram, their largest air base in Afghanistan under cover of night (although they claim to have informed the military forces of the Afghan government  which, given the situation on the ground, would be more correct to call the Kabul government, or the government in Kabul.

It is also not true what President Biden claims when he says that the purpose of the American intervention in Afghanistan was not “nation building”. Because a profound reform of the Afghan society was something that was considered to be one of the key tasks of NATO forces, since the Taliban pushed the country back to the Middle Ages (which will probably do again now). At the same time, it is forgotten that Afghanistan until the overthrow of King Mohammed Zahir Shah was a relatively advanced Asian country, with this “advanced” referring primarily to the position of women in society and the education system.

“The inclusion of women in social life, schooling of girls is emphasized as a major success of intervention by foreign forces, as if this never existed before in a country that gave a birth to the ‘Prince of Physicians’ Ibn Sina/Avicenna” – reminds us notable Afghan scholar, prof. Djawed Sangdel. And indeed, it seems as if those forces that have emerged under American greatcoats did not destroyed such Afghanistan. Today, the country is literally devastated by twenty years of war, and the only result of those twenty years, the only thing that has progressed, is the cultivation of poppies, that is, the smuggling of opium.

This author remembers well the conversation of the then Croatian president, Stjepan Mesić with his Afghan counterpart Karzai in which Karzai complained that the Americans are putting him under pressure to destroy poppies farms, arguing that he neither can nor will do this, because in this case half of the country would starve, being stripped of this source of income.

And one more question arises, when we try to analyze the implications of the US withdrawal from Afghanistan. The intervention in this country which took place soon after the famous attacks on the New York “twins” was conceived as intervention of the Atlantic Pact. And nominally it was. But if one views things, as they really are, it must be admitted that NATO (in this case too) acted as an extended arm of US policy; just as now, as soon as the United States announced its decision to withdraw its troops, and NATO hastily brought the decision to withdraw troops from their member countries too. Pointing up this fact, and it is a fact, that cannot be blurred by any rhetorical figure, we want to say that the member states of NATO, should wisely think twice (at least now, if they have not done this so far), what is the purpose of NATO, precisely what is the purpose of NATO, if it is acting as Washington’s puppet on the string.

As for Afghanistan – to come back to the beginning of the story – Biden’s statement that it is “not necessarily inevitable” that Afghanistan will be conquered by the Taliban after the US (NATO) withdrawal, it is simply hypocritical. It won’t be long before reality denies it. But. The US are not giving up their efforts to be present in Afghanistan in the future too. Washington tries “to hire” some allies in the region to take a role in attempt to keep the government in Kabul alive. The term “proxy wars” is nothing new!

To summarize: in Afghanistan, the world will follow a kind of reprise of what happened in Vietnam in the past, so the phrase “already seen” (déjà vu) makes a lot of sense. And secondly, no less important, the United States loses its credibility with such moves, in other words, those who are American allies should consider the price of such a “partnership”, that is, how much it pays off. And if it pays off at all.

Tomislav Jakić is one of the most influential Yugoslav and Croatian journalists, who is covering the international relations for over 50 years and who served as Foreign policy Advisor to Croatian President Stjepan Mesic (2000. – 2010.).

The first superpowers summit that, Mr. Jakic personally covered was a Carter – Brezhnev meeting in Vienna 1979.