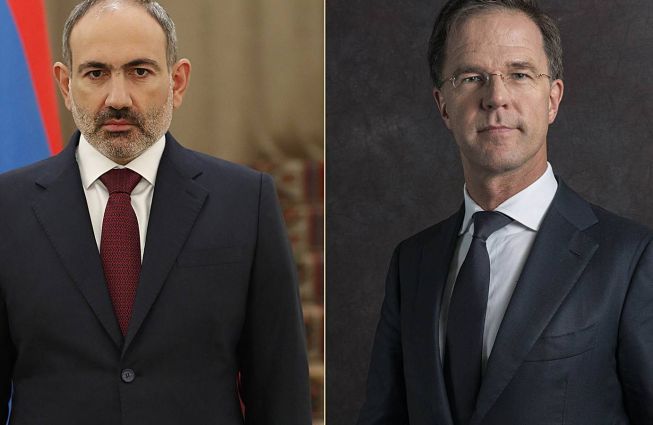 “The free and competitive parliamentary election shows Armenia’s commitment to continuing down the democratic path it has been following since its Velvet Revolution. The reforms and democratic changes in Armenia have not gone unnoticed. My sincere hope is that you will continue these important reforms, despite the challenging security situation of which I am well aware.

I look forward to continuing to work with you, and I am confident that together we can successfully foster the close partnership between Armenia and the Netherlands. As a country that believes strongly in the principles of democracy and good governance, the Netherlands will continue to support Armenia in implementing reforms, especially in the areas of democratization and the rule of law. We will also keep pursuing closer economic cooperation, particularly in the areas of agriculture and IT.

I strongly value our cooperation as part of the EU-Armenia Comprehensive and Enhanced Partnership Agreement, and look forward to a fruitful Eastern Partnership Summit at the end of this year. Equally, I value our close cooperation within the World Bank, the International Monetary Fund and the European Bank for Reconstruction and Development.

Your scheduled visit to the Netherlands in April of this year unfortunately had to be postponed on the account of pandemic in both our countries. I sincerely hope 2022 will be better in this regard, and I look forward to welcoming you to the Netherlands in 2002, to mark the successes of 30 years of diplomatic relations.

I wish you every success in addressing the challenges facing Armenia, in the best interest of the Armenian people.”