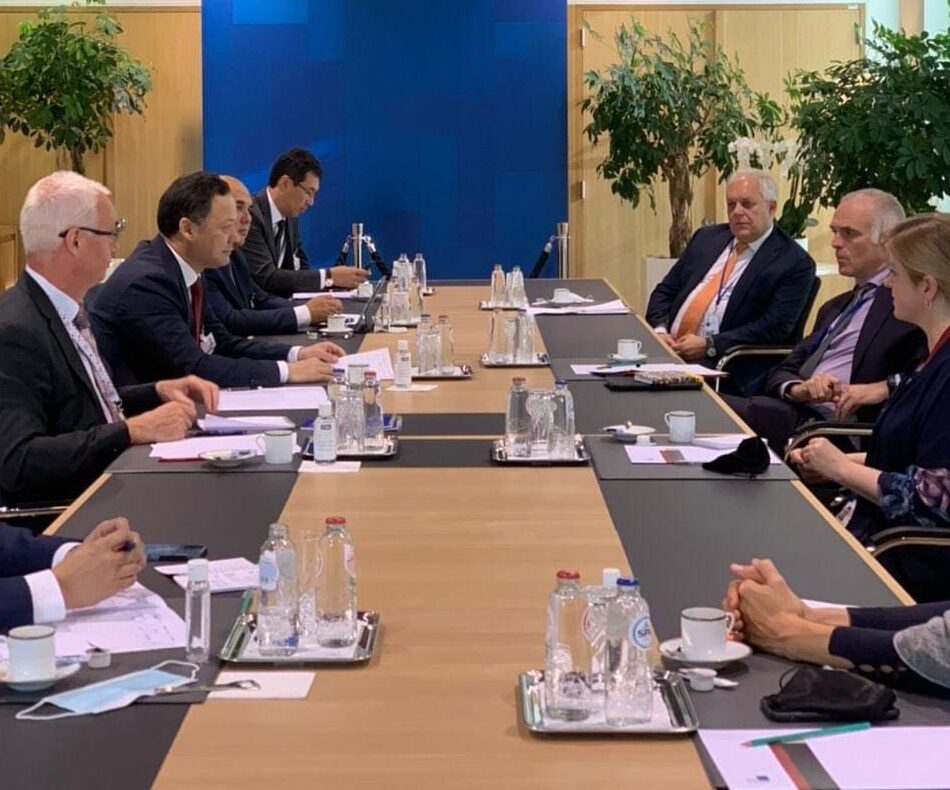 On September 28, 2021, during a visit to Brussels the Minister of Foreign Affairs of the Kyrgyz Republic, Ruslan Kazakbaev met with the Chief Foreign Policy Adviser to the President of the European Council Simon Mordue.

During the meeting, the parties discussed the current state of bilateral cooperation between the Kyrgyz Republic and the EU. Minister Kazakbaev informed about the current reforms in Kyrgyzstan and upcoming parliamentary elections to be held on November 28, 2021.

Simon Mordue confirmed the readiness of the European Union to expand partner relations with the Kyrgyz Republic.

Special attention was also given to the upcoming visit of the President of the Kyrgyz Republic Sadyr Japarov to Belgium and meetings with the heads of European institutions. Minister Kazakbaev conveyed an invitation to the President of the European Council Charles Michel to pay a visit to Kyrgyzstan in 2022.

Referring to the situation in Afghanistan and regional security issues, the parties discussed plans for cooperation in the implementation of educational projects for Afghan women, peacebuilding, countering drug trafficking, violent extremism and terrorism.

Separately, parties discussed the issue of vaccination of the population within the framework of the COVAX program and the recognition of vaccination certificates for the Kyrgyz Republic for unhindered entry into European countries.