By Martin Valentino, Ambassador of the Republic of Malta.

The Maltese Archipelago consisting of mainland Malta, and the two sister islands Gozo and Comino, are situated at the centre of the Mediterranean between Europe and Northern Africa offering a unique holiday destination which is truly a Mediterranean experience for all.

With a population today of 420,000, with just 316 square kilometres in area and its 7,000 years of history, Malta has seen successive civilizations from the Phoenicians and the Carthaginians to the Ancient Romans, the Byzantines, the Normans, the Aragonese, the Knights of St. John, the French and the British.

Malta offers to its visitors not only sun, sea, sand and a mild Mediterranean climate throughout the year, but also a rich history, architectural wealth, archaeological sites and many cultural treasures. The seven megalithic temples found on the islands of Malta and Gozo are the oldest free-standing monuments in the world, some of which are also listed as UNESCO World Heritage sites.

Valletta, the capital city of Malta is built on a peninsula, encircled with fortifications and bastions and has several Auberges that today house various government offices and museums. Following the Great Siege in 1565, the Knights of St John decided to build a city that could withstand future threats. 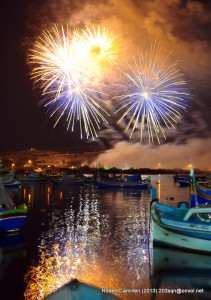 Francesco Laparelli, one of the finest exponents in the art of military fortification at the time, was commissioned to help design the new city. The foundation stone was laid on 28th March 1566 by Grand Master de La Vallette. It took less than five years to build the main fortifications, a venture that involved 8,000 persons.

After World War II, there was a considerable decline in Valletta’s population, however, people are now flocking back, partly due to the city’s unique characteristics. Valletta has become a hub of commerce, civil administration and business activities, abounding with quaint cafes, restaurants and international brand shops.

In Valletta one finds a host of churches together with the magnificent St. John’s Co-Cathedral, considered unique for its treasures. In fact it incorporates a gem of Baroque art and architecture, as well as a Museum that displays the beheading of St. John, considered as one of the greatest masterpieces of Michelangelo Merisi, better known as ‘Caravaggio’. Last May, Valletta has been declared European Capital of Culture for the year 2018 by the Councils of Ministers of the European Union during a meeting of the same Council of Ministers responsible for Culture.

Malta’s beautiful year-round weather makes it ideal for a number of sports and outdoor leisure activities. Deep sea diving is quickly becoming more and more popular not only with local enthusiasts but also with tourists who visit the island to witness Malta’s stunning underwater world of dive sites. To this extent, this year the MalteseIslands have once again been awarded 3rd place in the category of ‘Best Diving Destination of the Year’, in the international Diver Magazine voting poll, making the Islands the top diving location in the Mediterranean.

One can also opt to board a yacht and sail around the islands or else take a special tour of Malta’s countryside on a bike adventure. Cultural attractions on the islands are abundant. Cities such as Valletta, Mdina, Rabat and the Three Cities hold cultural gems and sites found only in Malta. Brave the Mdina Dungeons, explore Malta’s religious history, take a Medieval pilgrimage or experience an unforgettable night of Maltese folklore and Mediterranean cuisine and enjoy the village festas especially during the summer months.

Whether you’re in or above the water, the Maltese Islands are full of natural wonders and distinctive beauty. Explore the picturesque cave of the Blue Grotto, and the tranquil and open spaces in the countryside of Malta’s sister Island in Gozo by taking just a 25 minute ferry crossing from the Cirkewwa port or else by seaplane from the Grand Harbour. Retrace part of Homer’s Odyssey at Calypso’s Cave, where the beautiful nymph Calypso is said to have kept Odysseus as a prisoner of love for seven years, and marvel at the spectacular natural Azure Window, which is a giant doorway through which you can admire the blue expanse beyond the cliff. In addition, explore the tiny Comino just a stone’s throw away from Gozo, with the glistening jewel of the Blue Lagoon and its own share of bays to enjoy.

The MalteseIslands are renowned for being a fun and cosmopolitan destination. With many top-notch hotels, restaurants and entertainment venues to suit all tastes and budgets, one is spoilt for choice. Eating out is a treat, not only for the quality and freshness of the food, but for the location of some restaurants with spectacular views and backdrops. The islands are not short of entertainment either, with an events calendar packed with activities for people of all ages; concerts like the Isle of MTV Malta Special, theatrical and musical performances, sporting events like the Rolex Middle Sea Race and a myriad of exhibitions, to mention a few, are on all year round.

Whatever the reason you choose to visit Malta, rest assured a warm Mediterranean welcome awaits you!