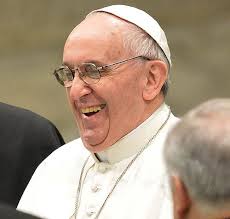 Official diplomatic sources informed Diplomat Magazine that at least 500,000 tourists will fly to Rio de Janeiro during Pope Francis’ visit, to celebrate the World Youth Day (WYD) this coming July. The data was confirmed by Civil Aviation Minister Moreira Franco. According to a Dutch travel agency in Amsterdam, some 5000 travellers from the Netherlands alone have reserved plane travel ticket to Brazil for this purpose.

Minister Franco said that the government is engaged in a “contingency plan” at the Galeão – Antônio Carlos Jobim International Airport to enhance Pope Francis’ security in Brazil.

In regards to the number of tourist, Brazilian authorities in Rio,  Galeão – Antônio Carlos Jobim International Airport receives some 14 million passengers a year and is undergoing a modernization plan for the 2014 World Cup and the 2016 Olympics.

World Youth Day will take place from July 23-28 in Rio de Janeiro, where there are expected to be more than 2.5 million visitors. The tour will mark Pope Francis’ first international expedition.