Panama’s President Martinelli in The Hague, a successful visit 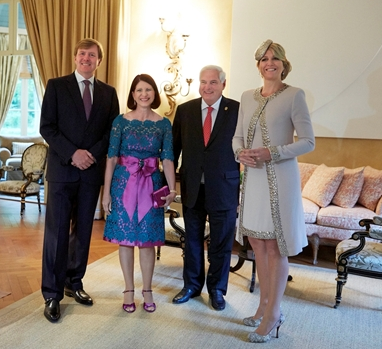 Panama’s President Ricardo Martinelli ended his three-day successful stay to the Netherlands with a visit to His Majesty, King Willem-Alexander and PM, Mark Rutte. The latter addressed issues of commercial relations between both countries. According to diplomatic sources in The Hague, President Martinelli met with businessmen and government officials seeking new trade and investment possibilities for Panama. Martinelli took the opportunity to meet the president of the Netherlands Confederation of Industrialists and Employers, Mr. Bernard Wintjes, and took part in roundtable with representatives of 15 key Dutch entrepreneurs interested in Panama. President Martinelli said that there are significant business opportunities in his country, especially in the Maritime Sector, tourism industry, energy and real estate. Dutch businessmen showed interested in the investment opportunities offered by the Panama Canal’s expansion project, port construction and the energy market. 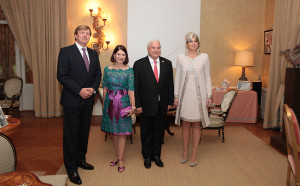 The Panamanian delegation was let by Foreign Minister Fernando Nunez, Minister of Trade and Industries Ricardo Quijano, Minister of Panama Canal Affairs and Secretary of the Subway Roberto Roy.  His Excellency, Jose Teran, Ambassador to the Netherlands, achieved a tight but very successful-productive agenda for his government.