Syria: From Ancient Ruins to Ruined. 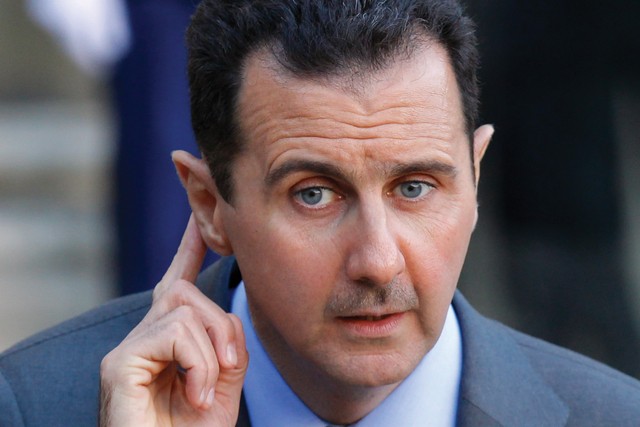 Syria; once known as a golden metropolis for holy exploration, architectural beauty and its ancient legacy. It now has unfortunately become the

epicenter for the bloodiest and most ill-fated conflict in modern history.

Having played host to the greatest and oldest civilizations in times gone by, such as the Persians, Arabs and Ottomans – Syria’s beauty was not only a

testament to the development of philosophical, political and medical knowledge, the nation-state served as a perfect example for how wealth, culture

and education could help instigate and push forward progressive change from civilization to civilization.

This graphic of an ancient paradise is nothing compared to the complete atrocity and war-zone that illustrates Syria today. The bloodshed. The

violence. The mayhem. Syria gradually more resembles a lingering humanitarian crisis that is endangering the very integrity of the Syrian nation.

Rather than a place for cultural and historic voyage, Syria has simply turned into a battleground; one where Government forces seek to retain power

via unconventional means whilst rebel opposition seek a more democratic system of government.

There is absolutely no plausible way to summarize the scale of the conflict: 1.2 million people displaced, 2.5 million in need of urgent humanitarian

assistance and approximately 180,000 Syrians escaping to neighboring countries like Turkey, Jordan and Iraq. This is not even the half of it!

The role of the executive branch and Government is to ensure the safety and welfare of civilians. However this responsibility seems to have no place

in Assad’s dictatorial regime. His use of chemical weapons is truly outrageous. There is compelling evidence, complied by UN investigators, to verify

that President Bashar al-Assad and his Government forces used chemical weapons to fight off rebel opposition groups. Despite this huge violation of

international law, President Assad disputes the claims “The whole story doesn’t even hold together. It’s not realistic. So, no, we didn’t. In one word, we

didn’t use any chemical weapons in Ghouta.”

It’s hard to predict the next course of action. With the events of the Afghan war and Iraqi invasion still fresh, British Parliament has rejected any call for

immediate military intervention, whilst US Senators are increasingly becoming reluctant to support intervention. To add to pressures for the West to

intervene, Eastern powers such as Iran, Russia and China have stood by President Assad and his regime.

There is simply no clear end in sight.

chemical weapons within the one year deadline Assad has to remove the weaponry, this could be the start of something disastrous.

As for the once enormously wealthy and historic land, it is now practically a warzone with most of the countryside a ‘no man’s land’. Syria is far from