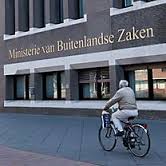 From 7 to 9 December 2013, Prime Minister Mark Rutte will visit Israel and the Palestinian Territories to launch bilateral cooperation forums with the two administrations.

He will be accompanied by Frans Timmermans, Minister of Foreign Affairs, and Lilianne Ploumen, Minister for Foreign Trade and Development Cooperation. They will be joined later in Israel by Henk Kamp, Minister of Economic Affairs. Dutch trade delegations will travel to Israel and the Palestinian Territories.

The bilateral cooperation forums will strengthen the Netherlands’ good bilateral relations with Israel and the Palestinian Territories. The overarching theme of both forums is about innovation, with the initial emphasis on agrifood, energy, and water. For the Palestinian Territories, digital technology is also important. As well as government bodies, the forums’ participants include businesses, research institutes, and non-governnmental organisations.