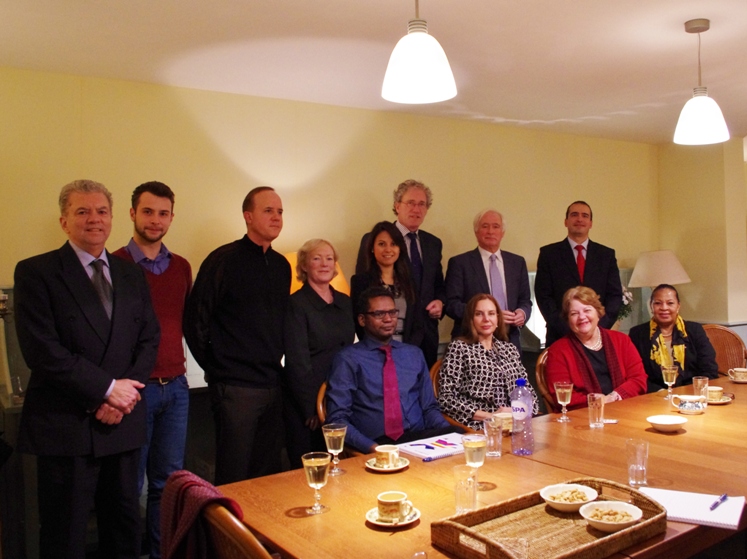 The ‘High-level course on Dutch politics’ for foreign diplomats, organised by The Hague Political Academy, has been highly appreciated by the participants. Reactions from the first class ever were enthusiastic: ‘ Very interesting’,  ’exactly what diplomats need’, ‘lecturer was knowledgeable and insightful’ and ‘guest speakers outstanding’ and also ‘warm informal atmosphere’ and ‘venue, organisation and service very good’.  Suggestions from participants for next courses are being taken into account.

The course intends to familiarize members of the corps diplomatique in The Hague with political and cultural life in the Netherlands.

The main topics that were dealt with were: characteristics of the Dutch society and culture, the political system (monarchy, government, parliament) and the working of democracy in practice, populism, minorities, foreign and European policies, also in historical perspective, the cabinet Rutte-Asscher and the working of the old and new media in the Netherlands. Lecturer was Dr. Bob van den Bos, political scientist and a former member of the Dutch and European Parliament.

Several distinguished guest speakers also shared their experience and insights with the participants. Thom de Graaf, former deputy prime minister and minister for constitutional reform elaborated on the functioning of the democratic functioning of the institutions, prof. Laurens Jan Brinkhorst, former deputy prime minister, minister of agriculture, economic affairs and state secretary for Foreign Affairs treated in depth the European policies. The prominent journalists Jan van Groesen, former deputy chief of the National News Agency ANP and Mark Kranenburg, diplomatic editor of NRC-Handelsblad explained the working of the Dutch media. All the participants received a certificate at the end of the course.

Given the success of the first course The Academy will organise new courses in the Springtime.

STANDING FROM LEFT TO RIGHT:

SITTING FROM LEFT TO RIGHT:

Cabinet of the Minister Plenipotentiary of Sint Maarten;

You will find more details in the upcoming editions of this Magazine.