Royal Sunset and the Anastasia Controversy. 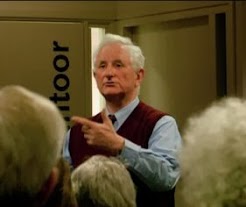 The World War of 1914-1918 brought to an end three powerful European Imperial Dynasties  – the Romanovs, the Hohenzollerns and the Habsburgs. What was the role of these dynasties in bringing about their own demise? This is the topic of a fascinating book by Gordon Brook-Shepherd and the subject of a recent talk I presented to the IWC in the Hague.

Alliances between the major powers changed dramatically between 1870 and 1914: Germany was close to Russia until Bismarck was pushed aside by Emperor Wilhelm II in 1890. Russia then sided with France. When Queen Victoria died in 1901 and her successor Edward brought about the “Entente Cordiale “ with France,  Germany and Austria were “surrounded ”.

The assassination of the Austrian Crown prince Frans Ferdinand in Sarajevo led to a chain reaction: Austria declared war on Serbia, Russia mobilised and Germany declared war on Russia, and attacked her ally, France, through Belgium.

The families of the British, Russian and German dynasties were very closely linked – for example King Eward VII (ruled 1901-1910) was seen as the “Uncle of Europe and a photo shows a family gathering of the Russian and British royal families on the Isle of Wight in 1909. During the war brothers, sisters, cousins, uncles etc found themselves on opposite sides.

During the revolution in Russia of February/March 1917  the position of the Tsar was undermined  by divisions among the Romanovs. When the Russian Imperial family were imprisoned by the new Provisional Government asylum in England was refused by King George V, the cousin of Tsar Nicholas, with tragic consequencies.

But did all of the Imperial Family die? In my talk I review the life of “Anna” – she appeared in Berlin in 1920 and died in America in 1984. She claimed to be Anastasia, the youngest daughter of Tsar Nocholas. She shocked and divided European royalty and was, I believe, the media sensation of the 20th century – headlines, Hollywood films, Broadway Plays, Cartoon films and controversy – over more than six decades.

She was positively recognised as Anastasia by Romanovs and others who knew Anastasia from before the revolution, and a German expert testified in court that photos support her claim – for example:  Anastasia 1917  “Anna” in New York, 1928 DNA evidence has been produced that “proves” she was a factory worker born in a peasant family in Poland who escaped from a Berlin asylum in March 1920.  Do we believe this or do we trust our own eyes?