From diplomat’s spouse to gold trader 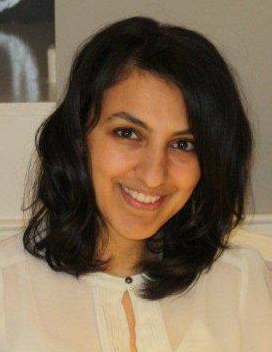 With my husband and my two daughters we have travelled quite a bit. My husband’s first overseas posting was Berlin, Germany. In the time we were there, the economy was booming and especially in the East of Berlin building sites were omnipresent. The outlook of the city was changing almost by the month… The same we noticed when we arrived in Moscow for our second tour abroad. Business was going well for everyone and the city was flourishing. In the course of our stay there we experienced the beginning of the economic crisis and saw people getting poorer. One of the phenomena this brought along was that everywhere “lombards”, pawn shops were established, places where people could leave their possessions in exchange for money.

When we returned to the Netherlands, I decided I wanted to start working again. I decided to follow both my own passion and the long family tradition I come from: the gold and silver business. As a business model, I decided to step into a niche that was still void in the Netherlands: Offering people the opportunity to exchange their old jewelry for cash money in an “up-market” fashion.

I had noticed that for many people, and particularly for diplomats, the threshold to go and sell their old gold and silver was quite high, even though they would have carried it around the world for several years without ever wearing or using it. This is quite different from selling your possessions at a pawn shop like we saw in some countries, it is just a way to get rid of unused items and be able to spend the money you receive for that on things you really like, be it a new piece of jewelry, be it a new outfit or be it a nice trip.

One of the reasons that would make people reluctant to exchange their old jewelry for money is the fact that shops in this line of work can be quite “shabby” and are often located in less pleasant neighborhoods, just like the “lombards” I saw in other European cities. That is why I decided to locate my shop at the Van Hoytemastraat, a stylish and pleasant shopping street in Benoordenhout, a neighborhood where many expats and diplomats are located. I decorated my shop in a way that would make people feel at ease and give them a feeling of trust and personal attention.

In the course of the years I have received many fellow diplomats in my shop. Many of them have compelling stories to tell. Often jewelry is connected with such life stories: a loved one who used to wear it, a piece bought in country such and such, etc. That’s why I value personal attention and take the time to listen to stories of people who want to tell them. And of course, a Nespresso or a good cup of tea is always available.