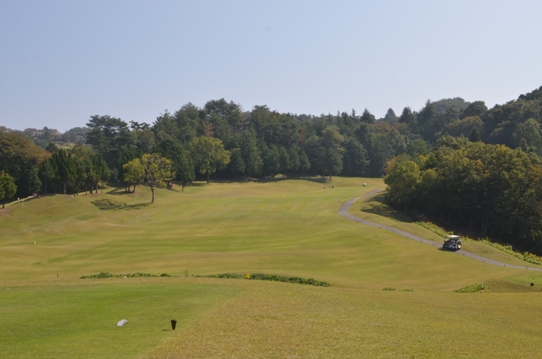 From Sashimi to Golf-ini. her skin was paler had a accompanied by a toilet seat which heated and softened the most delicate part of the female body. After my experience in the hightech hot spring , the jet-lag disappeared in front of the Eastern sun. In the Zen-like Nara park I was escorted by numerous deers, whom were easy to caress, without any sign of anxiety. Although I do like deer, oh dear do not eat these holy animals. Similar to the cows in India: deers are holy creatures.

Be gentle. Don’t feed yourself with these lovely, kaki coloured mammals. Enough said about these sacred personifications of mankind. The immense statues of buddahs, the colorful kimonos and temples are incredibly impressive. The *Todai-ji*(Great Eastern Temple) stands tall in world’s greatest wooden building. Fascinated by this holy violence, I decided to visit even more temples. Amongst those was a UNESCO heritage monument, which is one of the oldest Japanese temples and monasteries: *Horyuji*. Similar to the latter is Todai-ji, surrounded by tomatoes red cherryblossoms*. Wherever you go, you will be dazzled and enraptured by the *golden temple*: Kinkaku. Kinkaku is said to be Kyoto’s sparkle of gold. After being endowed by culture and religion, blood told me to hit it off at the *Kamo Country Club*.

The greens and fairways were so delicately prepared, as if I would arrive in a beautifully manicured botanical garden. Bonsai trees on the teebox, returned my ball exactly on an a-location. After playing nine challenging, yet fairytale-like holes, we didn’t head for the tenth. A lovely lunch of tempura oysters drenched in soysauce and yakitori chickenskewers awaited us, in order to prepare us for the other birdies and eagles that had yet to come. After lunch, it was inevitable that I hit further and more n addition to playing golf, praying for birdies and playing golf a little bit more, the recisely. ood was more divine than anything else. Outstanding sushi was found in unknown *sake*- ars. Especially the horsemeat sashimi (*sakura*, named after the colour of cherry-blossom) elted on my tongue, similar to the *sake toro* (fatty salmon) and sea urchin (the foie-gras of he empire) were sucked up with more ease than the ball would ever be sucked into the hole. Next story will be on Golf in Sotogrande (Spain).