The Last Flight of Petr Ginz, A ‘Multilateral’ film screening 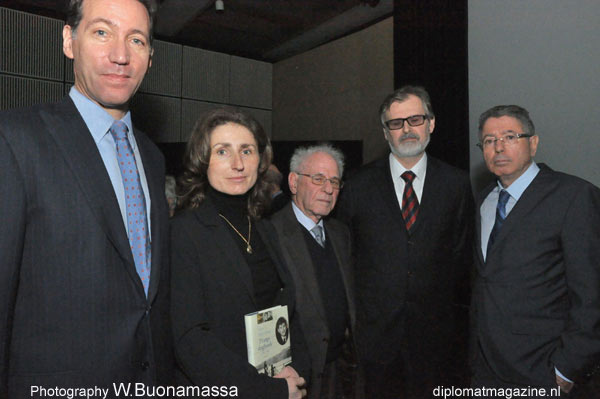 On the occasion of International Holocaust Memorial Day Ambassador Mr. Jaroslav Horák ofthe Czech Republic, Ambassador Mr. Haim Divon of the State of Israel, Chargé d’Affaires, a.i.,Mr. Adam Sterling of the United States of America, and Mrs. Marie Christine van der Sman, Director of the the Museon, and The Czech Centre in the Netherlands Screened the film The Last Flight of Petr Ginz, 60 min, made in the U.S.A. 2012, last Monday, January 27, 2014, gathering high school students and diplomats together. A tremendous success with over 400 guests.