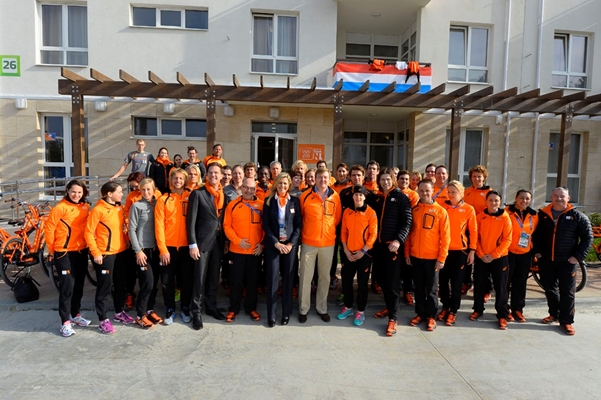 The Royal Couple receives the athletes at NoordeindePalace. The Prime Minister receives the winners at the Ministry of General Affairs.

The Ministry of Health, Welfare and Sport and NOC * NSF provided the official ceremony program for the Olympic medalists in The Hague. After the reception at the Ministry of General Affairs, the medal winners, their coaches and mentors honored in the Great Hall where Prime Minister Rutte, Minister Schippers of Health, Welfare and Sport, NOC * NSF president Bolhuis and Chef de Mission Hendriks address them. A Reception was then organized  at NoordeindePalace.