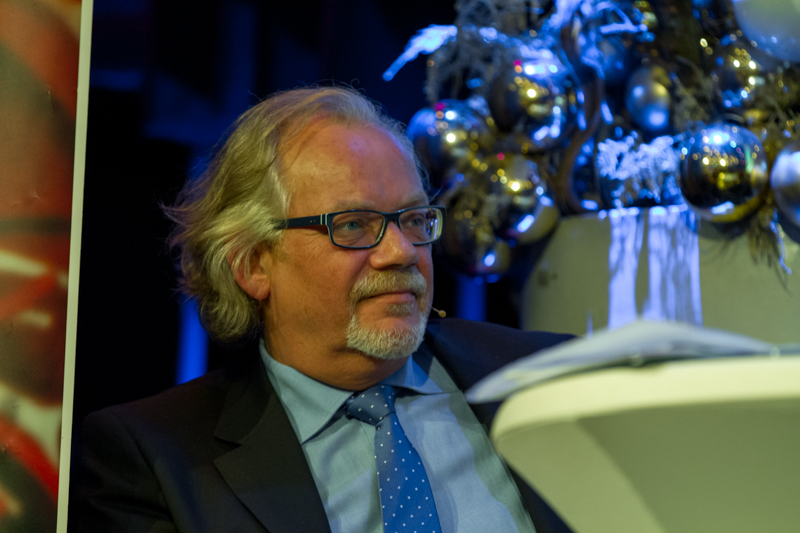 Eelco H. Dykstra is what one could call a ‘professional expat’: his career in emergency and disaster management spanned more than 20 years during which he was involved in both the policy and practical sides of crisis management on four continents. A few years ago he returned to the Netherlands from WashingtonDC and remains active in the international arena. While in the USA he also served as an international correspondent, wrote a number of books and was an active member of the National Press Club.

Not only is Eelco the driving force behind the launch of ‘Foundation Counterpoint’ as a new, international and independent ‘Think- and Do-tank’. This organization will be launched shortly and will be described in a feature article next month. One of the ‘raisons d’être’ of Foundation Counterpoint coincides with that of Diplomat Magazine: to bridge the gap between the diplomatic community and the Dutch. Because of his international background and his writing antics he will join the editorial staff of Diplomat Magazine and write a monthly column called “A smile and a thought…” The columns put a playful spotlight on the interface between the Dutch and the International Community it hosts. Yes, his musings may appear at times to be mildly provocative at first sight but they are first and foremost playful – with a little irony thrown in here and there… You be the judge!

“Diplomats have the job of conveying, in the most persuasive way possible, the views of the home government to the governments to which they are accredited and, in doing so, to try to convince those governments to act in ways that suit home country interests. In this way, diplomats are part of the beginning and the end of each loop in the continuous process through which foreign policy is made.”

So far the standard description of what diplomats do. The Dutch seem quite pleased with what they do and how they do it. And why not? Every nation seeks to push its best qualities to the front and the lesser ones – if they exist at all – to the back. A fine piece of Dutch national marketing skills can be found in the USA. For some time now, this is the slogan with which the Dutch Embassy and its Consulates explain what Holland is and why that matters:

“The Netherlands is the same size as Maryland, has the same population as Florida and/but generates the same GDP, Gross Domestic Product, as the State of New York… ”.

The impression this leaves with Americans is obvious – and positive. “Wow…, impressive!” The Netherlands, so small (Maryland…) yet so productive (New York…).

Holland is not only small but what never ceases to amaze the neutral international observer how fragmented it is. Look at the number of smaller entities it has for its size. Look at the number of political parties participating in local elections. Look at the number of broadcasting companies on Dutch television. Look at the number of newspapers and magazines for sale. For such a relatively small nation to have 403 counties, 12 provinces (and a public body of the Caribbean Netherlands), 24 Water Boards, and 25 Safety Regions, each with their own governing bodies, it’s amazing that the Netherlands work at all. Yet it must and it does to achieve the same GDP as the State of New York.

Hang on a second. Let’s look again at the slogan used by the Dutch Embassy. Why not compare the Netherlands to ‘Chicagoland’? The Greater Chicago area is also enclosed on one side by water. The Greater Chicago are also has a population well in excess of 15 million. Considering The Netherlands as Chicagoland means that we are talking about Amsterdam, Rotterdam and The Hague serving as the cultural, economic and government ‘hubs’ in a single, large metropolitan area with some green inside and a lot more green outside of it.

Presenting the Dutch ‘Randstad’ as the Greater Chicago area? I don’t think the Dutch will go for it. The Maryland – Florida – New York comparison works much better. A fine piece of “conveying, in the most persuasive way possible, the views of the home government to the governments to which they are accredited”. A fine piece of marketing. Diplomatic marketing. It’s an art!