ICC’s warrants of arrest for Al-Bashir from Sudan 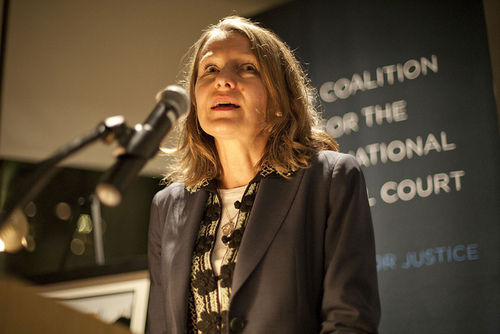 ASSEMBLY OF STATES PARTIES TO THE ROME STATUTE OF THE INTERNATIONAL CRIMINAL COURT.

Directly from the ICC, President of the Assembly of States Parties.

Message sent on behalf of the President of the Assembly of States Parties, H.E. Ms. Tiina Intelmann, concerning the visit of Mr. Al-Bashir to Chad.

I would like to inform States Parties that my Office received information that Mr. Omar Hassan Ahmad Al-Bashir, the President of Sudan, arrived today in the Republic of Chad, to address the “Forum of border tribes between Sudan and Chad”, taking place from 25 to 29 March 2014. The International Criminal Court has issued two warrants of arrest for Mr. Al-Bashir, dated 4 March 2009 and 12 July 2010, respectively.

The Assembly has repeatedly expressed concerns regarding the negative consequences that failure to comply with decisions of the Court has on the Court’s capability to carry out its mandate.

I renew my appeal to States Parties and others in a position to do so to join efforts to prevent instances of non-cooperation.

Furthermore, I would like to remind States Parties that, as provided by Assembly Resolution ICC-ASP/12/Res.3, “contacts with persons in respect of whom an arrest warrant issued by the Court is outstanding should be avoided when such contacts undermine the objectives of the Rome Statute.”