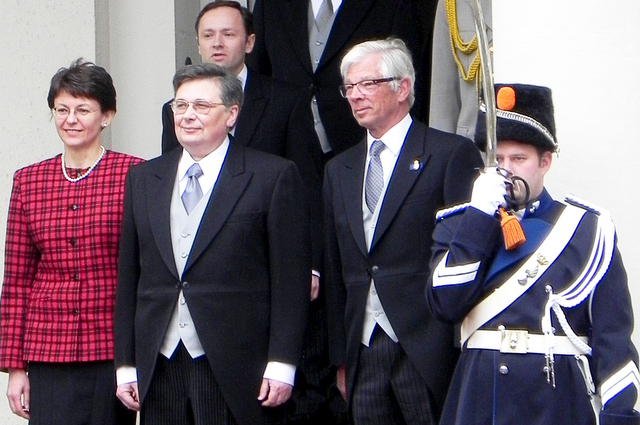 Direct from the ICC.

The Registrar of the International Criminal Court (ICC), Herman von Hebel, received a declaration lodged by Ukraine accepting the ICC’s jurisdiction with respect to alleged crimes committed in its territory from 21 November 2013 to 22 February 2014. The declaration was lodged under article 12(3) of the Rome Statute, the founding treaty of the ICC, which enables a State not party to the Statute to accept the exercise of jurisdiction of the Court.

The Registrar informed the Ukrainian Government of the effects of the declaration in accordance with the ICC’s legal framework, namely that the ICC now has jurisdiction over possible crimes that might have been committed in the context of the above-mentioned situation and that the provisions of Part 9 of the Statute relating to international cooperation and judicial assistance apply. The declaration has been transmitted to the ICC’s Office of the Prosecutor for further consideration.

Background: The ICC is an independent, permanent court that tries individuals accused of the most serious crimes of concern to the international community as a whole, namely the crime of genocide, crimes against humanity, war crimes and the crime of aggression. The ICC is based on a treaty, the Rome Statute, joined by 122 countries. A State may decide to ratify the Rome Statute but may also make a declaration under article 12-3 of the Statute declaring its acceptance of the Court’s jurisdiction. The UN Security Council may also refer a situation in relation to any Member State of the United Nations.