Iraqi Minister in The Hague 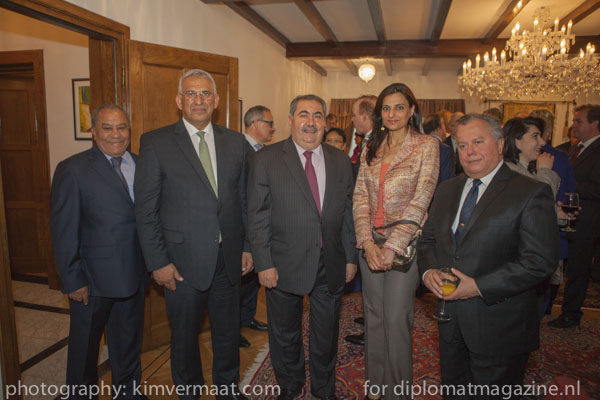 Visit of Minister of Foreign Affairs of Iraq.

His Excellency, Dr. Saad A.M. Ibrahim Al Ali, Ambassador of Iraq, hosted a dinner reception in his residence in Wassenaar in honor of the visit of His Excellency Mr. Hoshyar Zeebari, Minister of Foreign Affairs to the Repubic of Iraq. Minister Hoshyar Zeebari was in The Netherlands for two functions. First to present the ICJ with a gift, a statue depicting King Hammurabi of Babylon. The code of Hammurabi is a well-preserved Babylonian law code of ancient Iraq. The second function he attended was at OPCW to commemorate the victims of chemical weapons. “As you know we were victims of chemical weapons ourselves, but this function is to commemorate all the victims” the Minister told me. Following the well-attended reception a lavish and delicious dinner-buffet awaited the guests.